The chairman of the London Assembly has hit out at the £3 million refurbishment of Potters Fields Park, saying that the space would be better used for a multi-storey car park. 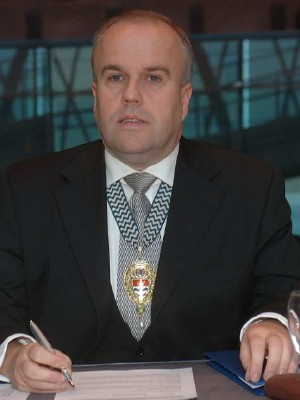 Conservative Brian Coleman – who represents Barnet and Camden on the London Assembly – made the extraordinary comments to the Evening Standard. "I think we could do with a multi-storey car park on the site for 1,000 cars," he said. "That's what Londoners need. Parks in central London we're not short of."

Labour's Valerie Shawcross, London Assembly member for Lambeth and Southwark, condemned Mr Coleman's "ranting bufoonery". She told the London SE1 website that: "...there are only two small green open spaces on the south bank of the river; Potters Fields and Jubilee Gardens. These are precious and much-loved public parks and badly need the investment to make them more attractive and enjoyable for locals and visitors alike.

"It's high time that we put some money into improving our public open spaces. Not much has been done to upgrade them in London since the end of the Victorian era. I am looking forward to sitting in the new gardens and enjoying the sunshine. Brian can go and park his car in Barnet!"

Work to refurbish the battered Potters Fields Park – which sits between Tooley Street and the river and City Hall and Tower Bridge – began at Easter.

MP Simon Hughes added: "Mr Coleman's ideas for Potters Fields are 'parking mad'. Potters Fields is next to a World Heritage site and one of the most important remaining riverside sites awaiting development. The development on this most visible and hugely significant place should be one Southwark, London and the country is proud of.

"We may need more car parking spaces in London – but this is not the place. Anyway, it is just inside the Congestion Charge zone – which is another reason why it's a very silly idea."

Southwark's Lib Dem executive member for environment, Cllr Lisa Rajan, added: "Our vision is for a world class centre to put Southwark on the global map, not a park and ride for city traders."