Southwark's planning committee has given the go-ahead for the installation of 14 micro wind turbines on the roof of the Palestra building in Blackfriars Road. 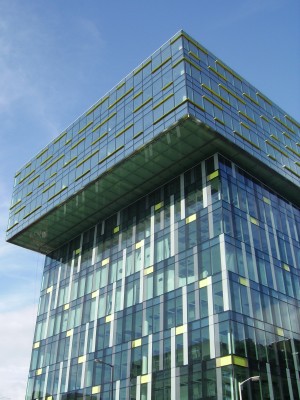 These small turbines quietly convert wind into electricity and will supply the 12 storey office building on the corner of Blackfriars Road and Union Street with renewable energy.

Photovoltaic panels have already been installed on the roof of the building, which is to be home to the London Development Agency and the London Climate Change Agency.

"This will be the first of a great many such renewable energy schemes that we will be requiring in all developments in future," says Cllr Richard Thomas, Southwark Council's executive member for regeneration.

"Southwark intends to demonstrate its real commitment to sustainability and carbon reduction in practical ways.

"The Palestra building will be providing some of its electricity requirements from the renewable sources of the wind and the sun, which is good for business as well as the environment."

Funding for the Palestra renewable energy scheme has come from the Department for Trade and Industry, with energy minister Malcolm Wicks announcing the grant in May.

The wind turbines will be located in two rows along the edge of the plant rooms on the roof of the Palestra building.

Members of the planning committee warmly welcomed the proposal, though Cllr Gordon Nardell (Labour, The Lanes ward) said that he considered Palestra – by controversial architect Will Alsop – to be a "design disaster".

Responding to the concerns of local residents worried about noise from the turbines, a council planning officer explained that these micro turbines are designed to work on domestic residences without causing disturbance.

Cathedrals ward councillor Adele Morris sought assurances from planning officers that noise levels from the turbines would be monitored and appropriate action taken if necessary.