Waterloo says ‘thank you’ to Lou and Len Shepperd

A wooden bench has been placed in the Waterloo Action Centre garden to recognise the work of the long-standing and active Waterloo residents Lou and Len Shepperd. 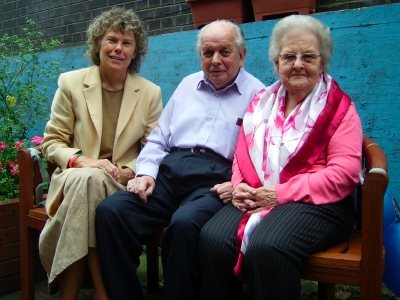 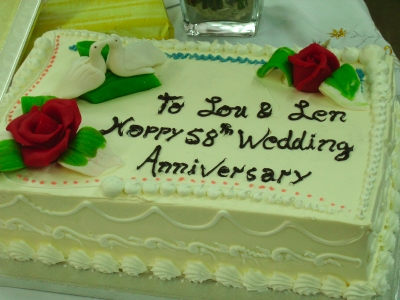 The couple, who live in Windmill Walk and have been married for 58 years, were invited to sit on the seat during the ceremony marking "their work and commitment to WAC over many years".

Afterwards there was a lunch where the pudding took the form of a special cake featuring two love birds. Those present included Vauxhall MP Kate Hoey and Waterloo rector Canon Richard Truss.

Lou and Len Shepperd were the driving forces behind the installation of the war memorial plaque on the Young Vic which was rededicated last week.