Locals, commuters and visitors venturing into the subways around the BFI IMAX at Waterloo will find that new colourful lighting will make the experience more bearable. 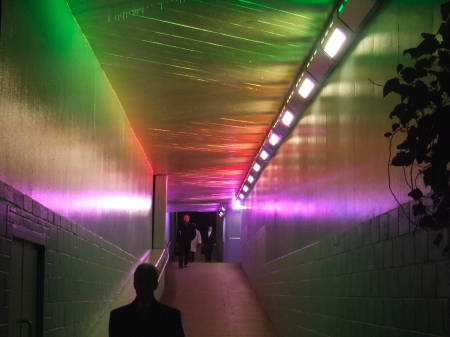 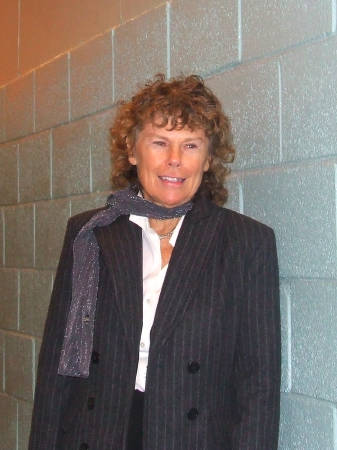 The new public lighting scheme uses energy-efficient Philips LEDs to create colour moods which completely transform the labyrinth of passageways between Waterloo Station, the BFI IMAX and the arts attractions on the South Bank.

The colourful lighting is the final phase of a two-year, Ł500,000 programme of work which has also included wall resurfacing and redecoration with anti-graffiti paint. Funded by Transport for London, Lambeth Council and South Bank Employers' Group, the project aims to improve pedestrian access and safety for visitors, employees and residents alike.

The lights were switched on by Kate Hoey MP, joint chair of the South Bank Partnership,
"The completion of this project is literally a shining example of what can be achieved for the local community through partnership working," says the MP.

"Lambeth Council, Transport for London and South Bank Employers' Group have shown that there is another way of doing things, and that it works. But there is much more to be done. Local stakeholders have signed up to a range of projects in the South Bank Partnership's Manifesto for Action – now is the time to get on and deliver it."

The launch was also attended by Cllr Lib Peck, Lambeth's cabinet member for environment and culture, who said: "We are proud of this project which improves the South Bank, an area which is recognised by Lambeth Council as playing a significant role in the success of the borough as a whole. We also value our partnership with South Bank Employers' Group and look forward to working with them on more public realm projects."

The area around the BFI IMAX is due to be transformed into a new city square as part of Ken Livingstone's Waterloo Opportunity Area Development Framework. Last month the South Bank Employers' Group launched a design competition to develop proposals for the area.