A new design for a development of homes and a cultural centre at Potters Fields will now be produced following the signing of a deal between Southwark Council and Berkeley Homes. 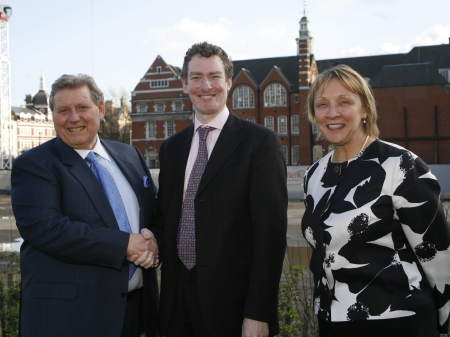 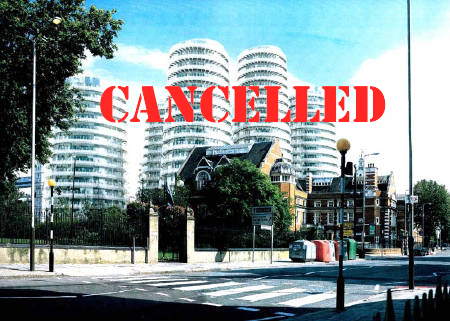 The end of the road for the controversial Ian Ritchie design

"This agreement will allow both parties to deliver affordable homes and a new world-class design for the unique setting at Potters Fields. This agreement is the best way to deliver these aims and deliver best value for the people of Southwark.

"By signing this agreement, both parties have set aside any past differences and agreed that the best solution for Potters Fields is for us to work together to produce a proposal for an iconic development while ensuring the views of residents are taken into account."

The signing of the agreement marks the abandonment of the controversial design by Ian Ritchie for eight cylindrical towers, branded "daleks" by their detractors but described as "an architectural gem for present and future generations to treasure" by planning inspector Stuart Reid who backed the scheme after a public inquiry.

Cllr Stanton last year described the Ian Ritchie proposals as "an insensitive and unrepresentative development" that would "scar" the Potters Fields site.

The council and the housing developer have now agreed to produce a proposal for a mixed-use development including homes, retail and a new arts and cultural space.

Despite the signing of the agreement to work up a new scheme, work continued apace this week on the site at the corner of Queen Elizabeth Street and Tower Bridge Road.

"We are delighted to have entered into this agreement with Southwark Council and we look forward to continuing to work with them in the spirit of co-operation that has brought us to this agreement," says Tony Pidgley, group managing director of Berkeley Group.

The new agreement represents a victory of sorts for the campaigners who opposed the eight tower scheme, but some will be apprehensive that the new proposals will be even more dense.

Press reports suggest that up to 450 homes could now be accommodated on the land, whereas the consented Berkeley scheme contained 389 units.