Hundreds of people queued to visit the dingy Leake Street tunnel below Waterloo Station over the bank holiday weekend to see and participate in the Cans Festival, a celebration of street art. 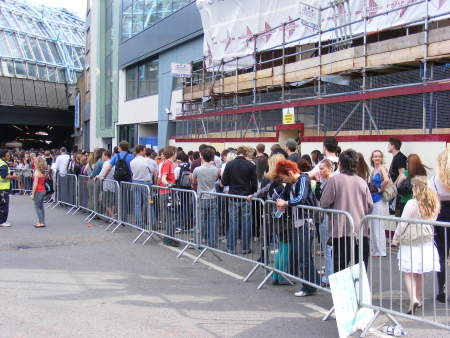 Queue for the Cans Festival in Leake Street 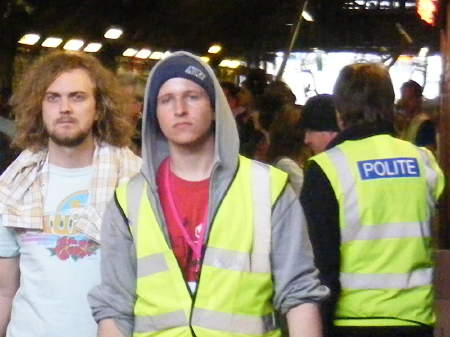 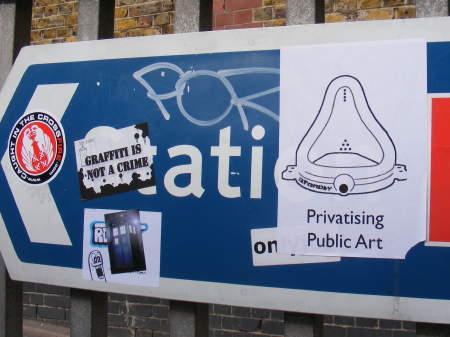 The urinal on this poster carries the signature 'Brandsy' 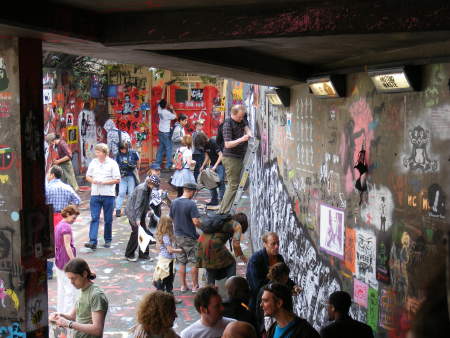 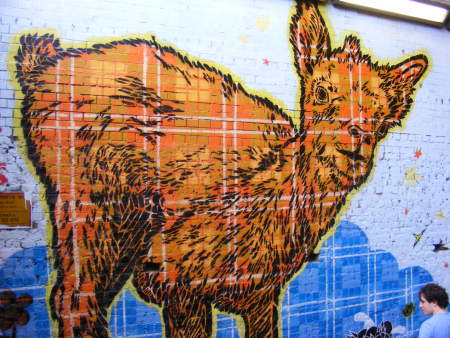 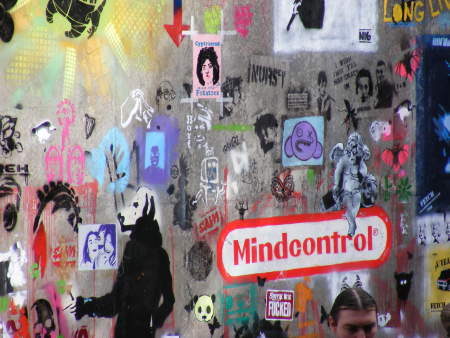 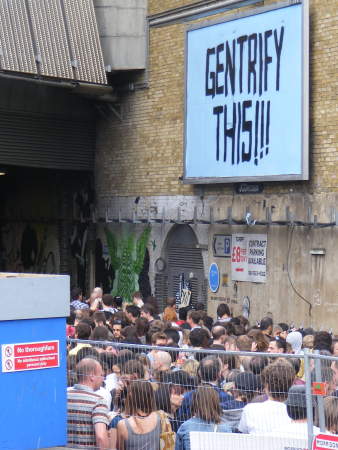 So many people flocked to the festival that visitors were forced to follow a one-way system via York Road. Those joining the queue at 4pm on Monday were warned by stewards that they could wait for up to an hour before entering the tunnel.

In Addington Street the Park Plaza County Hall hotel had to seal off its vehicle entrance and put up special signs to redirect visitors seeking a shortcut to Leake Street.

The Cans Festival featured works by Banksy and street artists from around the world. The event also offered blank walls at the Lower Marsh end of the tunnel for festival attendees to add their own stencil art.

Although the large-scale installations will be removed now that the festival has ended, the stencil art on the walls is expected to remain in place for some months.

Between 1994 and 2007 Leake Street – which links York Road with Lower Marsh – was used by taxis picking up and dropping off at Waterloo International station.

When Eurostar moved its operations across London to St Pancras last November the Leake Street tunnel was closed to vehicles although pedestrians are still free to use it as a link between the South Bank and Waterloo's shopping area.