A new Marks & Spencer food store has opened in Southwark Street to an enthusiastic reception from local workers and residents. 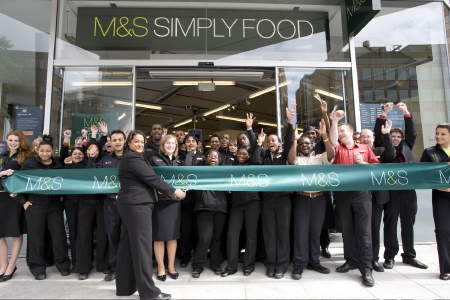 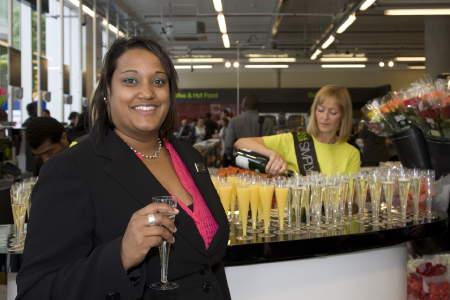 Store manager Roz Nunn cut the ribbon to open the food store at 10am on Wednesday morning, with a steady stream of customers arriving straight away.

At lunchtime the queue of eager local office workers stretched right to the back of the 7,700 sq ft store.

Roz Nunn estimates that roughly 6 in 10 of the store's 75 staff are local residents.

The new shop is much bigger than any of the existing M&S Simply Food stores in SE1 at More London, Waterloo Station, London Bridge Station and New Kent Road.

The Bankside branch sells newspapers, flowers, greetings cards and has a hot food and coffee counter.

Opening hours are 7am-10pm on weekdays, 8am-8pm on Saturdays and 11am-5pm on Sundays.

Marks & Spencer staff handed out flyers promoting the store which carry a map incorrectly locating the shop just to the west of The Anchor Bankside pub, some distance from the actual Southwark Street site.

What do you think of the new M&S? Will it change your shopping habits?