"Without there being Latins and Latinos there would be no London," London Assembly chair Jennette Arnold told a rally at the Elephant & Castle Leisure Centre on Sunday. 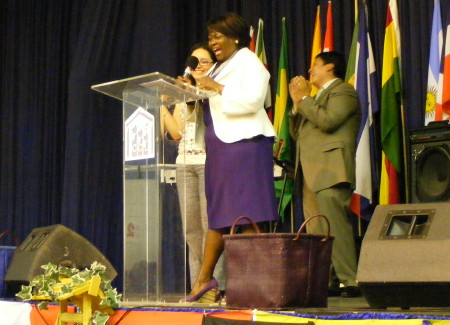 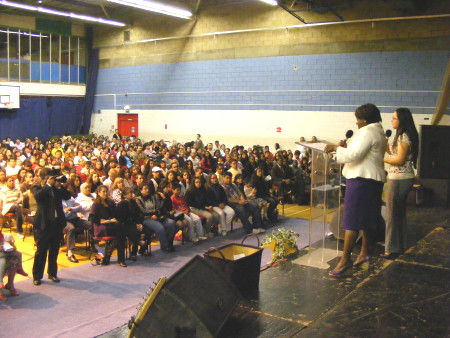 Ms Arnold, in her address to a packed audience of Latin Americans, was cheered when she stressed that those living in the capital from South American and Central America were first of all Londoners.

She described the Elephant & Castle as being once a place of dereliction which the Latin Americans had helped to both improve and highlight as a candidate for regeneration.

"This place cannot be developed without the Latin American community's full participation," she added to cheers. "You have location. You are here and as long as you stay nobody can move you."

She called for new legislation to assist those who have uncertain immigration status and suggested that London Latin Americans should participate in this year's European election campaign.

"This is an opportunity even if you don't have a vote to show your numbers."

Responding to calls for Trafalgar Square to be made available for a Latin American day, she promised to raise the matter at City Hall but reminded the audience that Southwark already has London's biggest Latin American festival – Carnaval del Pueblo – every August.

Southwark's Chaucer ward councillor Mackie Sheik was among those in the welcoming party on the stage.

Jennette Arnold has been a Labour member of the London Assembly for the past nine years. She represents the North East London constituency. For the past year she has served as chair of the 25-member assembly that scrutinises the work of the Mayor of London.

Ms Arnold's visit to the Latin American community follows a similar visit by the Mayor of London Boris Johnson in January.