All tickets for a free theatre and art show in disused railway arches at Waterloo Station have been snapped up in less than 24 hours. 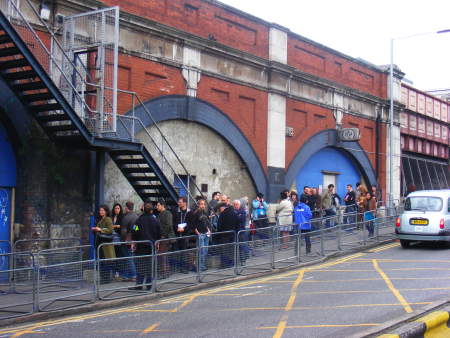 Queue for Tunnel 228 on Thursday afternoon 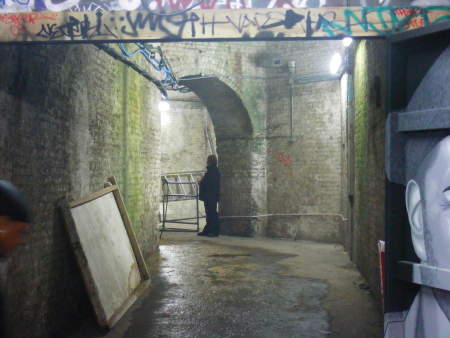 The Old Vic's artistic director Kevin Spacey teamed up with the Young Vic and Punchdrunk to put on the show called Tunnel 228.

For the past few months pedestrians using the Leake Street underpass to walk between Lower Marsh and York Road have been wondering about the secretive activity in the railway arches to the south.

Now all has been revealed. Hundreds of free tickets have been snapped up via the mysterious website at www.tunnel-228.com

Visitors enter via a small door on Station Approach and exit into the middle of the Leake Street tunnel.

He also confirmed plans to bring back the show in the autumn for an extended run.

It is a year since Leake Street came to prominence as the venue for Banksy's Cans Festival of street art.

Since then the profile of this previously forgotten street, blocked off to traffic when Eurostar left Waterloo, has risen considerably.

Earlier this year speakers playing piped classical music were installed in the tunnel.

On Thursday night Bermondsey Community Council was due to consider Shunt's planning application to turn the disused warehouse into a temporary theatre.