The Anglo-Qatari consortium redeveloping the Shell Centre site at Waterloo has revealed plans for 650 new homes. 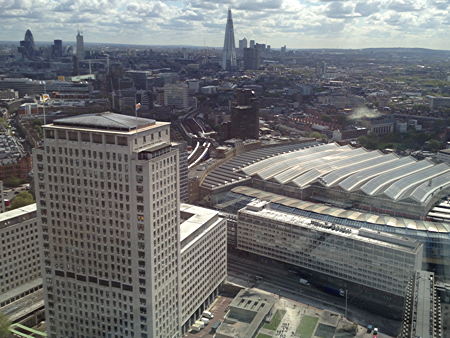 Braeburn Estates, a joint venture between Canary Wharf Group and Qatari Diar, has unveiled its draft masterplan for the Shell Centre complex.

The proposals, drawn up by architects Squire & Partners, include an assortment of buildings ranging from 6 to 37 storeys in height.

As well as a new headquarters building for oil company Shell and other office and retail space, the scheme includes approximately 650 homes.

Apart from the main Shell Centre tower, the other existing buildings on the sites will be demolished.

At a public exhibition last week the developers announced that they have appointed Kohn Pedersen Fox Associates (KPF), Patel Taylor and Grid Architects to work on individual buildings within the site.

The plans include a new central square in the middle of the complex which the developers say is comparable in size with the courtyard of the Royal Academy of Arts in Piccadilly.

There is a further opportunity to view the exhibition in the former Shell Centre reception area on York Road this week on Tuesday 22 May (3pm-7pm), Thursday 24 May (3pm-7pm) and Saturday 26 April (11am-4pm).

Editor's note: This article was updated on 21 May to revise the proposed number of homes from 800 to 650. Although the boards at last week's exhibition indicated a figure of 800 homes, the developer's representatives now tell us that, since the exhibition materials were produced, the plans have changed to include the lower number of homes.