John Constable’s Southwark Mysteries drama to be revived in 2010

A new production of the Southwark Mysteries cycle of plays is to be performed in the Borough next year. 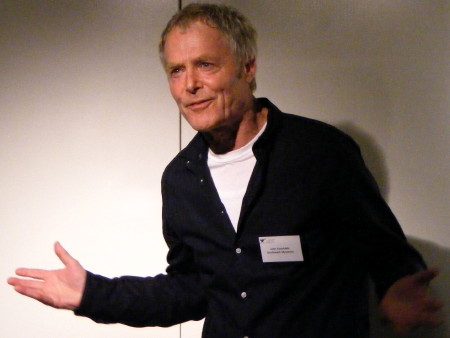 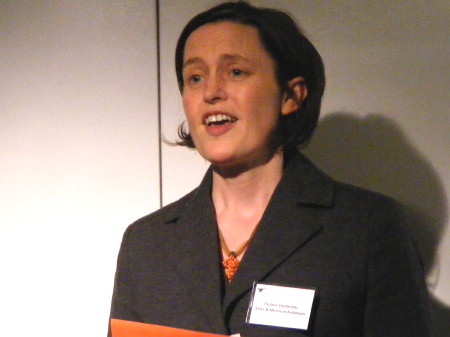 Local writer John Constable wrote the Southwark Mysteries series of inter-linked history plays more than a decade ago and saw it performed by a community cast in Southwark Cathedral during Millennium year.

Next year the cathedral will host a new production, with new writing by John Constable, over three nights coinciding with the St George in Southwark Festival.

Directed by Sarah Davy, the Mysteries will feature professional actors working with an adult community cast and school groups.

Casting is open to all who live or work in the Bankside area and the project will be seeking to resource services locally.

There will also be walks, workshops and outdoor performances of scenes in such venues as The Scoop.

The plans were announced at a reception held on Thursday at Allies and Morrison architects in Southwark Street where guests enjoyed a live preview of a scene.

Allies and Morrison partner Pauline Stockmans made an appeal for sponsors to raise the final £30,000 needed. There are also opportunities to sponsor lead actors. Meanwhile an appeal is being made for rehearsal space in spring 2010.

The aim is to have the epic drama, in the tradition of the York or Chester mystery plays, revived every ten years just as the Oberammergau Passion play is restaged at the start of each decade.

• Southwark Mysteries will be performed in Southwark Cathedral on 22-24 April 2010. Those interested in being involved can contact Rachel Fitzgerald at Better Bankside on [email protected]

• John Constable is leading two guided walks in October: The Mysteries Pilgrimage and a Ghost Walk.