The Archbishop of Canterbury has spoken out against a "small criminal clique" undermining the Anglican church in Zimbabwe at the opening of a photographic exhibition at Southwark Cathedral. 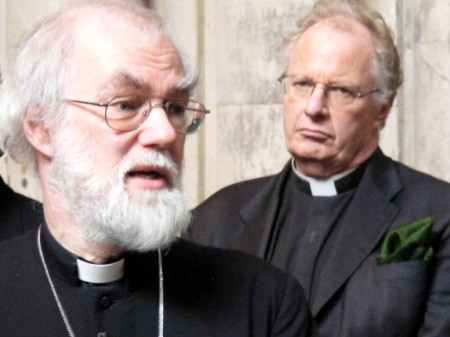 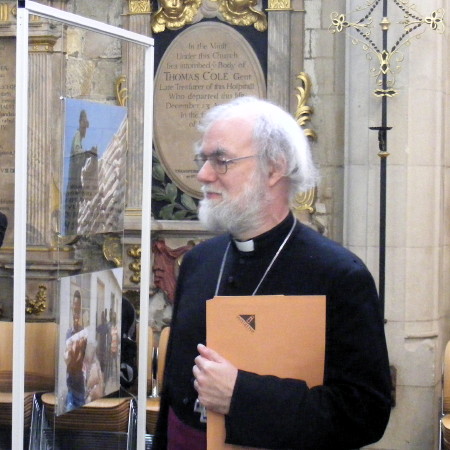 A photographic exhibition organised jointly by Borough-based Anglican mission charity USPG and Lambeth Palace has been opened by the Archbishop of Canterbury Dr Rowan Williams.

The exhibition of photographs by Leah Gordon in the south transept of Southwark Cathedral marks the first anniversary of the launch of the Archbishops' Appeal for Zimbabwe.

Almost half a million pounds has been raised to support humanitarian work by the Anglican church in Zimbabwe.

"What's being done includes a wide range of activities from basic agricultural training, helping people with appropriate methods of securing their food supply, through to clinics, schools, pastoral work, reconciliation and trauma counselling," said the Archbishop.

He continued: "We are very, very proud of our Anglican brothers and sisters in Zimbabwe: the courage, the faithfulness, the imagination that they've shown in the past couple of years."

The Archbishop was joined at the launch by Anglican bishops from Zimbabwe, including former banker Julius Makoni who was ordained at Southwark Cathedral in 2008.

Dr Williams addressed the problems faced by Anglicans in Zimbabwe who are attacked and intimidated by supporters of deposed bishop of Harare Nolbert Kunonga, an ally of President Robert Mugabe and his ZANU-PF party.

"It's not that we have a church in Zimbabwe divided into two quarrelling factions," said Dr Williams.

"It's basically that you have a small criminal clique attempting to maintain a stranglehold on the resources of the church; please be under no illusions about that."

There were dramatic scenes at the cathedral last summer when Zimbabwean prime minister Morgan Tsvangirai made a speech which had to be cut short due to security fears.

A brightly coloured map of Zimbabwe has adorned the cathedral's north aisle since 2007.