The London Air Ambulance touched down in Blackfriars Road on Tuesday afternoon after a male motorcyclist was injured near the Meymott Street junction. 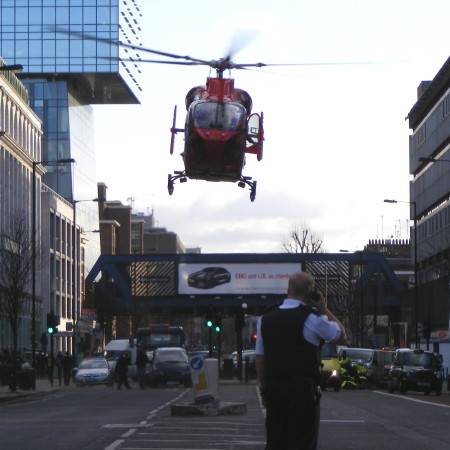 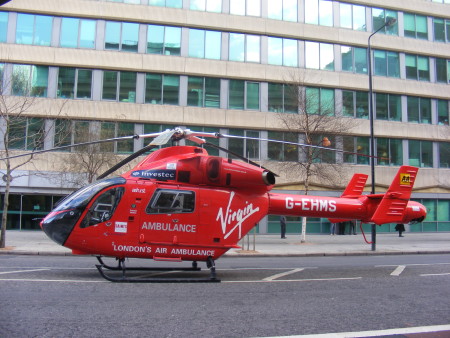 Police were called to Blackfriars Road just after 3pm to reports of a collision between a motorbike and a taxi.

The helicopter landed in the middle of the road at about 3.30pm having first made an approach to land on the tennis courts at Paris Garden.

The motorcyclist was taken to hospital by road ambulance and the helicopter took off just before 4pm.

The motorcyclist was suffering from head injuries which are considered to be life-threatening.

The road remained sealed off and buses were diverted via Waterloo Road.

This was the second major road accident of the day in SE1; on Tuesday morning a cyclist was killed in Bermondsey.