A sculpture called 'The Dance' by Nasser Azam has been relocated from the South Bank in front of County Hall to the new square outside the Park Plaza Westminster Bridge hotel. 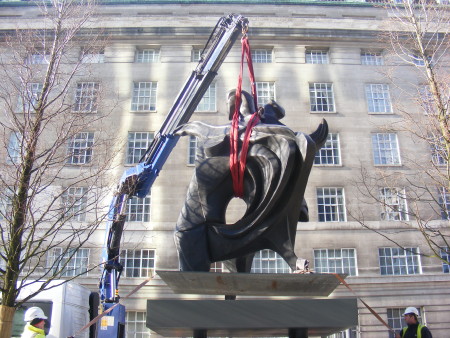 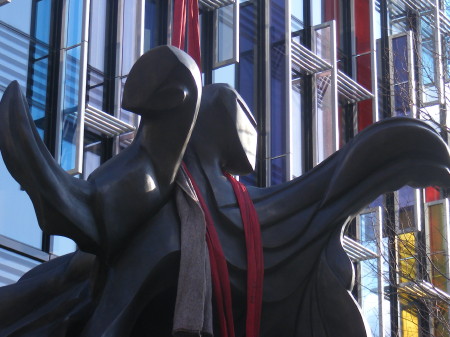 The four-metre hight bronze cast sculpture was unveiled in February 2008 on the riverside walkway outside County Hall.

Nasser Azam was artist-in-residence at the County Hall Gallery which has since closed down. The sculpture needed a new home, and the representation of two dancing figures locked in embrace seemed appropriate for the new hotel which boasts a 1,200 square metre ballroom.

The Dance was installed in its new location on Wednesday lunchtime.

The Park Plaza Westminster Bridge began its soft opening last week and expects to be taking paying guests by the start of next month.

The hotel replaces the old County Hall annexe which had been vacant since the abolition of the Greater London Council. The previous office block was voted the 11th ugliest building in Britain.