Deputy Mayor of London Kit Malthouse unveiled the UK's biggest hydrogen fuel cell on Friday during a visit to the Transport for London and London Development Agency offices at Palestra in Blackfriars Road. 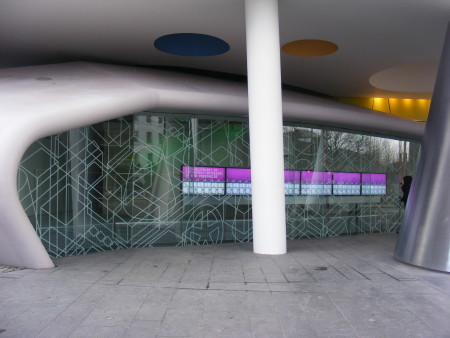 The pod at Palestra now has a permanent multimedia display 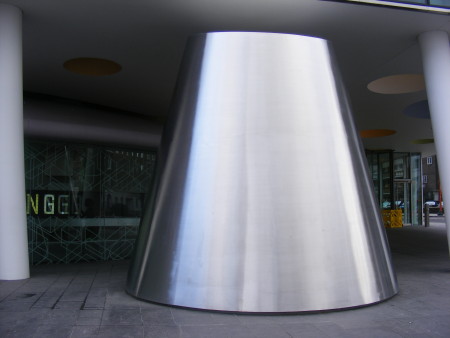 Transport for London and the London Development Agency have also signed up to 10:10 campaign to cut carbon emissions from head office buildings and save Ł400,000 from energy bills.

TfL has installed a Ł2.4 million Combined Heat and Power (CHP) plant, including the hydrogen fuel cell, at the Palestra building to generate energy locally, cut carbon emissions and save money off energy bills.The building is shared by 2,800 TfL and LDA staff.

"Zero polluting hydrogen fuel has the potential to radically transform the way we power our city to create a more pleasant environment," says Kit Malthouse AM.

"This isn't a fuel of the future, but available right now. To catalyse its use more widely, we are showcasing the technology, so others will be inspired to follow our lead."

It is estimated that the fuel cell and power plant will cut carbon emissions by up to 40 per cent and generate Ł90,000 cost savings per annum.

A permanent multi-media display has been created at the front of the pod facing Blackfriars Road. Screens powered by the energy generated on site display scrolling statistics about energy use at Palestra as well as general climate change statistics.

The state of the art hydrogen fuel cell, funded by the Ł25 million TfL Climate Change fund, will provide electricity, heat and cooling to the building. In addition, the building's hot water supply will be heated by the fuel cell. At times of peak energy use, the building will generate a quarter of its own power, rising to 100 per cent off-peak.

The waste heat from power generation will be pumped into a unit on the roof which will work to keep the building cool and supplements the building's six electric chillers.

It is three years since the array of wind turbines on the roof of Palestra was removed. Just two of the original 14 turbines are now in place.