Decision day has arrived, and the polling stations are open till 10pm. So, what else is happening on polling day in SE1? 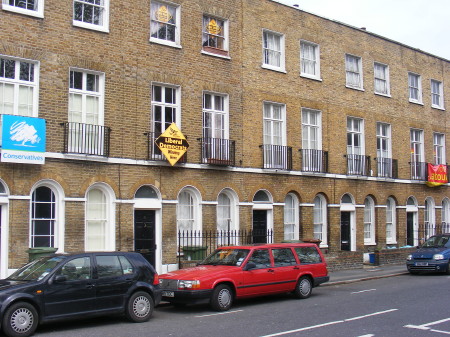 Bartholomew Street: the most politically divided street in SE1? 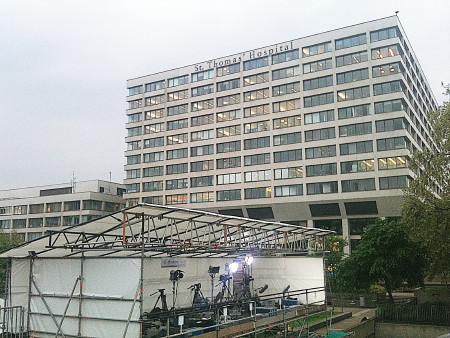 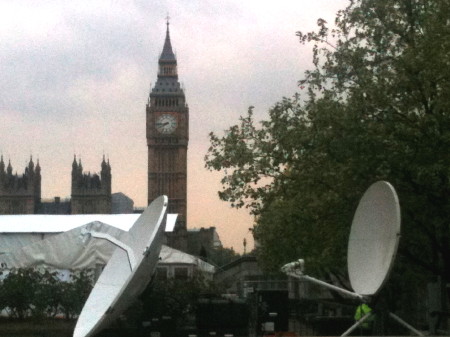 If you're unsure who to vote for, find out who's standing in your parliamentary constituency and council ward with our Election 2010 guide.

On the South Bank a media village has been established by Eurovision in the grounds of St Thomas' Hospital to allow international broadcasters to report live from London with a backdrop including the Houses of Parliament.

At County Hall preparations are under way for ITV's election night party hosted by Mary Nightingale, whilst the BBC's equivalent gathering – hosted by Andrew Neil – will be held on a Thames boat.

If you want a break from contemporary British politics, Calder Bookshop is offering an evening of Political Speeches of the Past.

From 10pm the exit poll findings – and later the actual results – will be projected from the South Bank across the river onto the clock tower of the Palace of Westminster.

If you are wondering where to follow the results tonight, try New Deal of the Mind's open salon at the Queen Elizabeth Hall on the South Bank.

According to the Press Association, the parliamentary result for Vauxhall is expected at 3.30am with the Bermondsey & Old Southwark result following at about 4.30am.

The counts for the Southwark and Lambeth borough council elections will be held on Friday afternoon – we'll have full coverage on this website.