Plans to redevelop the former Alice Street car park with nine new family homes have been given the go-ahead by Southwark Council. 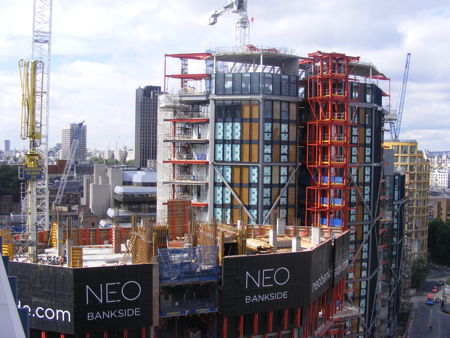 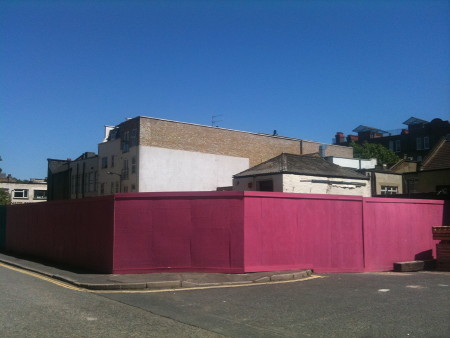 The Alice Street car park is one of four sites being developed by GC Bankside to meet the affordable housing requirement associated with the Neo Bankside development next to Tate Modern.

When planning permission was granted for the Richard Rogers-designed towers in Holland Street the developers argued that it was not economically viable to provide affordable housing on the same site.

Evening Standard property columnist Peter Bill has calculated that GC Bankside, a joint venture between Native Land and the Duke of Westminster's Grosvenor property firm, stands to make at least Ł125 million profit from the development.

Neo Bankside, described as "one of the most desirable residential addresses in the world", will have 199 luxury apartments and penthouses with the first residents due to move in later this year.

In June the council's planning committee voted to refuse planning permission for the Alice Street development but the formal decision notice was not issued, so developers GC Bankside were able to submit an appeal on the grounds that Southwark had failed to determine the planning application in a timely manner.

At the same time a revised planning application was submitted that addressed some of the committee's concerns about amenity space for the new residents.

This second application – for one four-bedroom house and eight five-bedroom houses – was given the green light by the council's planning committee on Tuesday night.

The application has been opposed by the owners of the adjacent Tower Bridge Road shops who argue that the new homes will unduly constrain their ability to extend and redevelop their buildings. Their planning consultant told the committee that "adopted standards have been breached in this scheme" and that future residents will live in "very poor quality accommodation".

Ruth Beard of DP9, representing GC Bankside, told the committee that the developer would withdraw its appeal if planning permission for the revised scheme was granted.

The committee also heard from Chaucer ward councillors Claire Hickson and Poddy Clark who spoke in support of the development. Cllr Hickson drew the committee's attention to the need for large family homes in the area and said that the current state of the site – a derelict car park – is "unpleasant for local residents".

GC Bankside has also submitted a planning application to redevelop the former Whitstable Early Years Centre in Stevens Street with a six-storey building incorporating 25 flats. Another application seeks permission for 23 flats in nearby Abbey Street.