Regular users of the Thames Clippers boat service have launched a petition against the recent cuts to late-night sailings on the riverbus service. 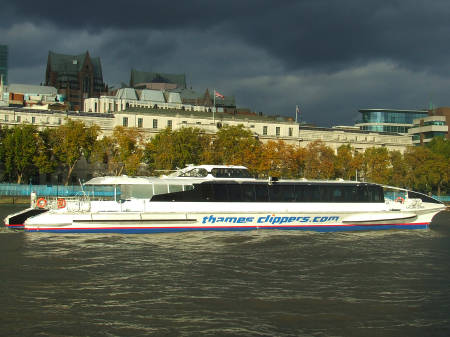 The boat company, which has run a seven-day service for eight years, introduced a new timetable on Monday with the service now ending much earlier in the evening.

Until the end of last month the final eastbound sailing of the day left London Bridge City Pier at 12.17am, only half an hour earlier than the last tube towards Canary Wharf on the Jubilee line.

Now the last boat departs at 9.29pm on weekdays.

"No one would ever accept the last bus leaving central London as being as early as nine o'clock in the evening – there is no reason why river transport should be any different," says Caroline Pidgeon, a Liberal Democrat member of the London Assembly.

She added: "The Mayor was elected promising to improve river services and claiming that the river should be a vital part of an integrated transport strategy. This decision totally shatters that claim."

The company says that despite the earlier finish, the number of sailings each day has only been reduced by three.

Passengers enquiring about the changes have also been told that the new timetable includes extra turnaround time between journeys to improve reliability.

Already more than 50 people have signed a petition calling on the company to reinstate its late evening service.

For the past year passengers have been able to use Oyster pay-as-you-go to buy tickets for the Embankment to Woolwich boat service which serves London Eye Pier, Bankside Pier and London Bridge City Pier in SE1.

Thames Clippers will once again be providing extra services during this week's tube strike.