A prolific graffiti vandal who caused more than £8,000 damage at Hungerford Bridge and £10,000 damage at Newington Causeway has been jailed for 24 months following a British Transport Police investigation. 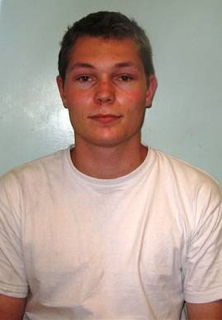 Sam Moore, 24, of Newport on the Isle of Wight, was also given a five-year antisocial behaviour order (ASBO) after being sentenced at Blackfriars Crown Court on Thursday 18 November.

The court heard that Moore – who pleaded guilty to 25 counts of criminal damage – caused damage over a period of three years between March 2007 and July this year.

He targeted trains, stations and infrastructure, as well as shops, across 13 London boroughs, as well as in Potters Bar, Hertfordshire.

At the Newington Causeway railway bridge he caused Ł10,000 of damage, whilst the bill for the cleanup at Elephant & Castle Shopping Centre reached Ł8,540.

The total damage caused by Moore was estimated at more than Ł113,000.

Moore was arrested on 6 June this year after being linked to graffiti damage close to to Hungerford Bridge.

After taking photographs of the damage and a known 'tag', detectives from BTP's graffiti unit checked the tag against a police graffiti database, linking it to Moore, as well as other locations where the tag had been daubed.

Detectives executed search warrants at Moore's temporary address in Elephant & Castle, as well as his girlfriend's home in north London, and recovered a number of items relating to graffiti, including CDs with photos of graffiti damage, as well as paraphernalia such as spray paint cans, marker pens and photographs of Moore associating with other known graffiti vandals.

After being questioned in custody, Moore was released on police bail while investigators carried out further inquiries.

Using handwriting analysis, detectives then set about comparing the tag at Hungerford Bridge with police photographs of the same tag in various other locations, with the unique style and characteristics of each tag confirming him as the culprit.

The court also heard that Moore continued to offend while on police bail, daubing trains with graffiti at Ealing Broadway depot and Barking depot in July 2010.

"Moore's vandalism was nothing more than wanton damage that costs thousands of pounds to clean up," says Detective Sergeant Jeremy Walley.

"Writing graffiti on the railway or elsewhere is not a harmless pastime and we will continue to work closely with train operating companies, Network Rail and other police forces to reduce these criminal acts."