The Very Revd Colin Slee, Dean of Southwark, died in the early hours of Thursday morning. He was 65. 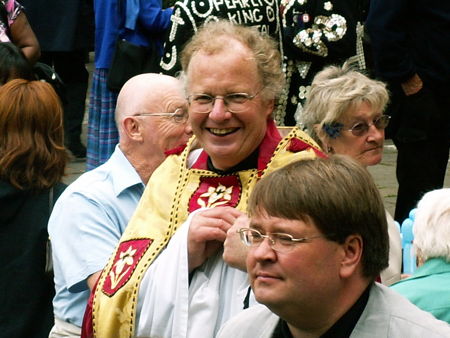 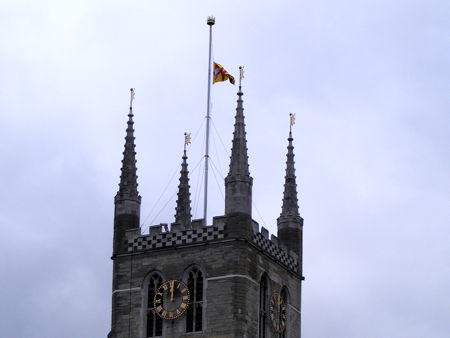 The cathedral's flag was flown at half-mast 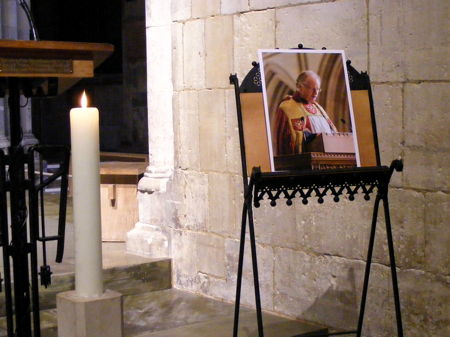 The Diocese of Southwark issued a statement to say that he "died peacefully at his home surrounded by his family".

Colin Slee was appointed as provost of Southwark in 1994 and became Dean in 2000 after a standardisation of cathedral organisational structures across England.

He was awarded the OBE in the Queen's birthday honours list in 2001.

The Dean had recently been diagnosed with pancreatic cancer.

The cathedral's flag was flying at half-mast on Thursday as the news was announced.

"It's been so sudden that we don't know what to feel at the moment apart from sadness," said the Sub Dean Canon Andrew Nunn.

He was speaking during the lunchtime Eucharist attended by more than a hundred people who had come to the cathedral having heard of the news during the morning.

"This is not the occasion for eulogies or sermons. There will be plenty of time for that over the next days and weeks," he told the congregation

"Today is a time to be together and to remember someone who is a husband, father, son and a friend to all of us here, a priest, our pastor and somebody who has been so inspirational to so many people."

Canon Nunn described the Dean as someone who had stood up for truth even at a huge personal cost to himself.

"We give thanks to God that we have been able to share some of his life that he has shared with us."

The Bishop of Kingston, acting Bishop of Southwark, was in the sanctuary and gave the blessing. Prayers were led by Canon Bruce Saunders.

Colin Slee's photograph is displayed in the cathedral and his stole has been placed on his stall.

• We will publish a full obituary in due course