Tower Bridge Road junction could get a pedestrian crossing after all, says Boris

Mayor of London Boris Johnson has confirmed that Transport for London will examine the possibility of a pedestrian phase for the traffic lights at the junction of Tower Bridge Road and Abbey Street. 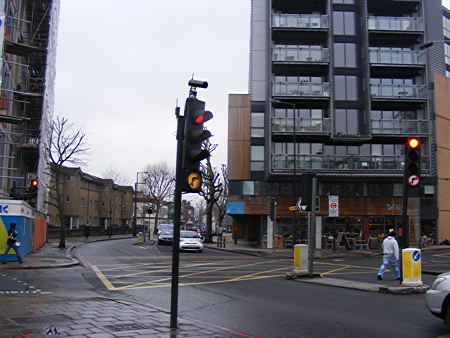 There is no pedestrian phase at this busy junction 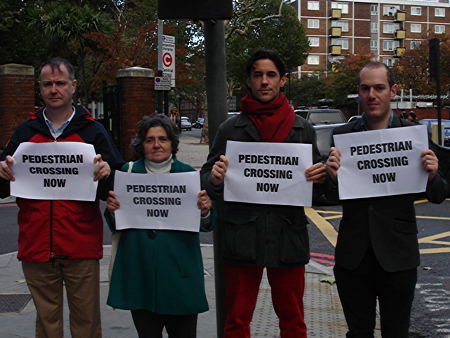 Just three months ago the Mayor effectively ruled out the possibility of a new crossing at the Bermondsey junction after residents' concerns were highlighted by local Liberal Democrat councillors and London Assembly member Caroline Pidgeon.

Now Labour's Val Shawcross, who represents Lambeth and Southwark on the London Assembly, has tabled another question to Mr Johnson on the same topic.

The Mayor's answer, which was published by City Hall this week, shows that TfL has had a change of heart.

"TfL has recently reviewed the collision record at the junction and has compared it with all other junctions in central London boroughs," said Boris Johnson.

"The most recent collision statistics indicate that 10 collisions occurred in the 36 months to 31 November 2010. However, it is notable that all four of the recorded pedestrian collisions during this time period occurred on the Abbey Street arm.

"It is recognised that pedestrian facilities for east-west movement on the northern arm of the junction may benefit from improvement.

"As a result TfL intends to commission a study to identify possible pedestrian accessibility and safety improvements at this junction during the next financial year."

Mr Johnson's response appears to show a rising accident rate at the junction. In December the Mayor said that there had been eight collisions in the three years to 31 July 2010.

"I am very grateful to Val Shawcross for submitting this question at my request," said Labour's Cllr Claire Hickson whose Chaucer ward includes Bermondsey Square.

"Residents living on both sides of Tower Bridge Road find crossing this junction difficult and perilous.

"I would have preferred immediate action but I welcome the commitment to look into the issue further.

"We will keep an eye on progress with this study and continue to push for steps to make this junction safer."

Lib Dem Cllr Mark Gettleson (Grange ward) added: "This is good news for all of us who use this lethal junction and have been fighting for it to be made safer.

"Back in December, Boris said not enough people had been hurt to give us a crossing – now the pressure local residents are putting on TfL is beginning to make them see sense.

"Local Liberal Democrat councillors are determined to keep that pressure up – we need a proper pedestrian crossing that allows you to cross both Abbey Street and Tower Bridge Road without taking your life in your hands.

"We will carry on working with local residents to bring this about."