City Hall to be renamed ‘London House’ during 2012 Olympics

City Hall is to be rebranded as 'London House' for the duration of the 2012 Olympic Games, Mayor of London Boris Johnson has decided. 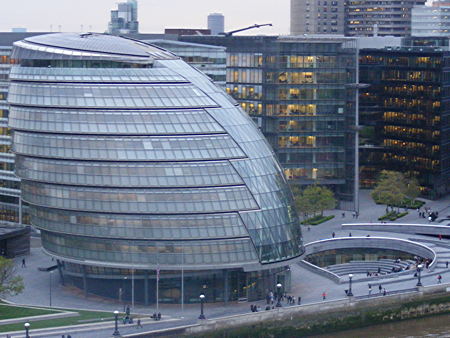 According to a Greater London Authority report signed off by the Mayor this week, "London House will actively showcase London's fantastic array of artistic, cultural and business assets. It will portray London as the business capital of the world – a thriving centre for international firms to locate in, with a rich pool of talent."

The "London House" concept was devised for the 2008 games in Beijing where it generated more than 40 business leads worth an estimated Ł11.5 million.

The GLA says that London House will be a key central facility for London & Partners to host seminars and receptions for international guests and London businesses that would potentially benefit from meeting and networking with potential customers and investors.

According to the report, City Hall "will be furnished and dressed to showcase the most creative and cutting edge aspects of the city – in terms of design, business, and creative industries".

Boris Johnson has authorised the expenditure of Ł80,000 on the London House project. External sponsorship will also be sought.

City Hall aka London House is adjacent to Potters Fields Park which will host an Olympic 'live site' during the games where Londoners can watch the sporting action on large screens.

Transport infrastructure at London Bridge is likely to struggle to cope with congestion during the Olympic Games according to a London Assembly transport committee report published this week.

"Network Rail is planning to redevelop London Bridge station to increase capacity and enhance passenger flows. However, this will not happen until 2018 – six years after the 2012 games.

"In stations such as Bank and London Bridge, effective crowd control will be imperative in summer 2012."