Barack Obama, president of the United States of America, visited the Globe Academy in Southwark on Tuesday as part of his state visit to the United Kingdom. 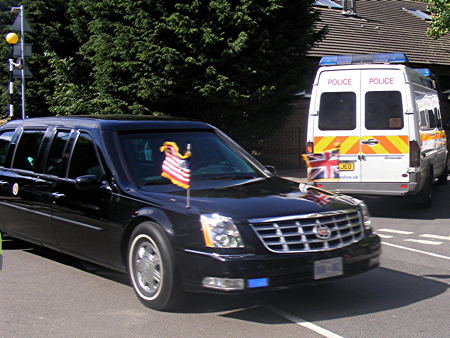 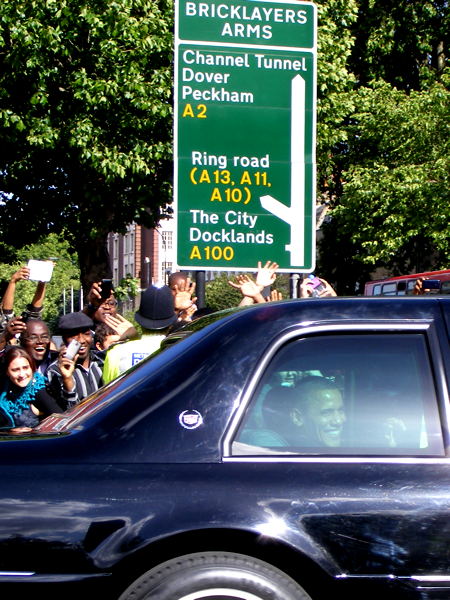 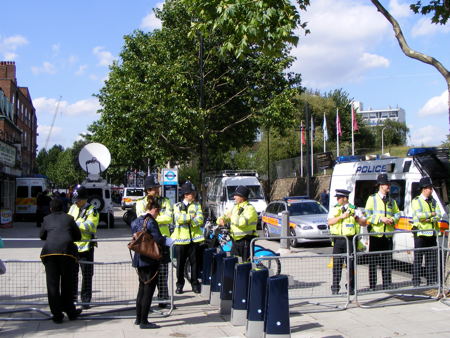 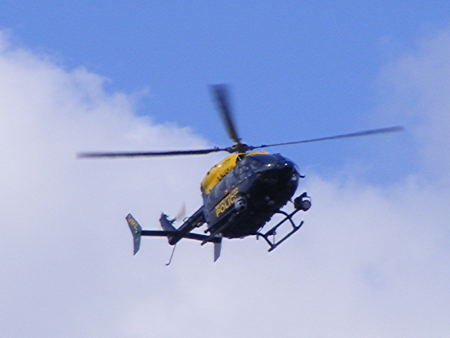 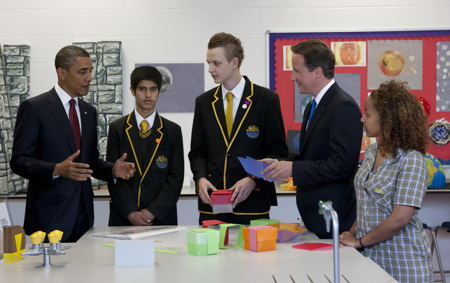 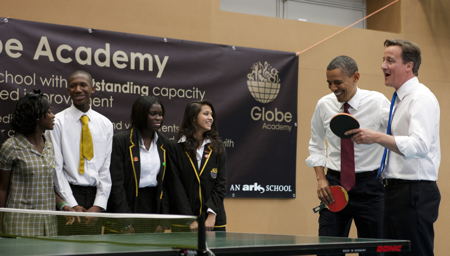 The heavy police presence around Harper Road and New Kent Road was the first clue that something special was happening. Then the police and television helicopters started hovering overhead.

As word got round of the impending visit, small crowds gathered at either end of the police cordon on Harper Road.

The president was accompanied by prime minister David Cameron. The pair visited a science lab at the all-age academy and then joined in a game of table tennis.

Globe Academy principal Jason Baigent told ITV1's London Tonight that he had been contacted by Downing Street and the White House late last week with news of the president's intended visit – but he didn't tell even his senior colleagues until half an hour before Mr Obama arrived at the school.

The Globe Academy – sponsored by the ARK charity – is an all-age academy which replaced the former Joseph Lancaster Primary School and Geoffrey Chaucer Technology College.

Although Southwark Council had written to the White House to invite the president to visit a local school, the borough's senior politicians were not informed of the Globe Academy event in advance.

Council leader Peter John tweeted: "Apparently President Obama is in Southwark. Nice to be kept in the loop!"

Later he was more enthusiastic: "It was fantastic that the president came to visit this exciting central London borough during his state visit to the UK," said Cllr John.

"We wrote to invite him to visit a local school some weeks ago when we knew he was coming and I'm pleased that he was able to see for himself the real progress that is being made to give local people all the chances they deserve to make the best for themselves, with improving school results, unrivalled regeneration projects and a really strong sense of community."

The president's motorcade returned to Westminster via New Kent Road and the Elephant & Castle roundabout.

• Mr Obama is an alumnus of Harvard University which is named after its Southwark-born benefactor John Harvard.