The future of the 259-year-old Hopton's Almshouses in Bankside was raised at Southwark's council assembly on Wednesday night. 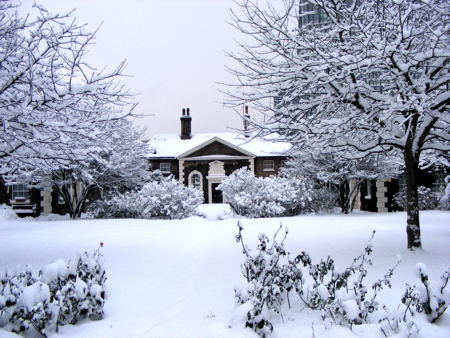 Hopton's Charity was was started with money left by merchant Charles Hopton who made his will just five days before his death in 1730. The site in Hopton Street was described at the time as "the cheapest, best and most convenient piece of ground that could be had for the building."

The charity currently comes under the auspices of Anchor Trust which is now seeking to transfer 11 almshouses, including Hopton's, to a registered social landlord called Pathways (formerly Ealing and Brentford Consolidated Charity).

Hopton's resident Shamus Dark tabled a public question at Wednesday night's council meeting asking the council to support residents' request for the trusteeship to be transferred to the local United St Saviour's Charity rather than the West London-based Pathways.

Mr Dark told the meeting that nearly all residents of the almshouses had indicated that they didn't support the transfer to Pathways and would prefer their homes to come under local management.

"We are very, very worried about what could happen if our homes are transferred over to Pathways," he said.

"This administration stands to uphold the traditions of this borough," said Cllr Ian Wingfield, cabinet member for housing management.

"Certainly in your part of the world the character and nature of that tradition needs to be maintained and upheld. So you are speaking to a receptive audience.

"The council will use its influence and its powers, wherever possible, in this matter."

He added: "There seems to be some dubiety over whether this is actually a sale of assets or the transfer of the trusteeship. In that regard we are going to make further contact with Anchor to get further clarification on that point because there is a major difference in law.

"Their response will inform our actions as to the powers that we do have."

Cllr Wingfield concluded his answer to Mr Dark: "We will do all we possibly can to assist you."

An Anchor spokesman told the London SE1 website: "The Ealing and Brentford Consolidated Charity expressed an interest last October in acquiring the trusteeship of all 11 almshouses. We are now in the advanced stages of consultation with our residents, the Tenant Services Authority, Charity Commission and National Almshouse Association.

"United St Saviour's Charity expressed an interest in Hopton's Almshouses late in May, by which time discussions with EBCC were very advanced.

"We believe transferring the almshouses to EBCC is in the best interests of the residents, especially as EBCC are a registered social landlord – our preferred option – with experience in managing a diverse range of almshouses."