A man who sprayed graffiti on trains and railway structures - including many incidents around London Bridge and Waterloo - has been sentenced to 21 months in prison. 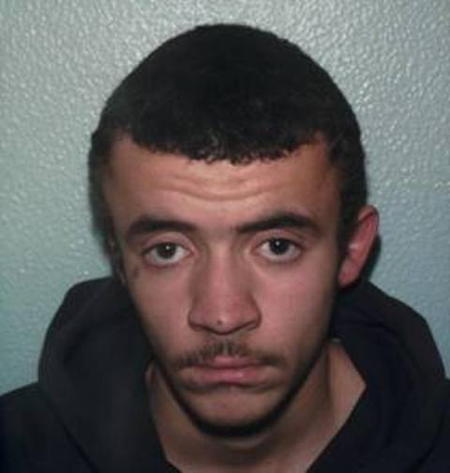 24-year-old Lewis Shillingford from Lewisham was sentenced at Blackfriars Crown Court on Friday 9 December after he pleaded guilty to 22 charges of criminal damage, a burglary and common assault.

He was also handed a five-year antisocial behaviour order (ASBO).

Shillingford, who had previously been convicted for similar graffiti offences using a particular tag in 2002, was arrested by detectives from the British Transport Police graffiti squad after the tag began to reappear in south London this year.

He was tracked down after officers found links to the tag 'CHEWZ' on a Facebook page. When arrested he was found in possession of various graffiti paraphernalia. He was released on conditional bail to return in August but failed to return.

Officers caught up with Shillingford and he was arrested again on Tuesday 1 November. He was charged with 22 counts of graffiti, of which nine offences were committed whilst on bail. He was also charged with burglary, trespass and common assault.

The court heard that Shillingford damaged Nelson's Column in Trafalgar Square during the November 2010 student riots and that he also attacked 17 trains at a depot in Grove Park on Monday 2 May 2011.

A search of Shillingford’s home address uncovered various documentation proving his links to the tag, including a Facebook page linked to his home computer and images on his mobile phone. The tag was also written into dust on a television in his room.

At a previous court hearing Shillingford pleaded guilty to all charges. At charge the cost of removing the graffiti was estimated at Ł69,000.

The bill includes Ł4,000 to clear up two sets of graffiti on the trackside near London Bridge, and just over Ł2,000 of damage to South West Trains carriages at Waterloo.

His tag was also sprayed onto trackside walls between Charing Cross and Waterloo East at a cost of Ł3,000.

"The costs of graffiti are substantial for the railway industry in terms of repairs and clean-up, and can leave permanent scars on the infrastructure," explains Detective Sergeant Jeremy Walley.

"These financial costs have to be borne by someone, and that someone is ultimately the fare-paying passenger.

"Trains are taken out of service for cleaning, sometimes for days at a time, causing disruption and delays for passengers.

"Let's be clear, this is a crime on a large scale with real victims. It is planned and well-organised, with the sole intention of causing as much damage and disruption to passengers as possible.

"Graffiti also involves serious risks to those who go onto the tracks, who often don't know when a train will come or if the tracks are live."

Under the terms of Lewis Shillingford's ASBO he must refrain from carrying paint, marker pens and glass-cutting equipment anywhere in England and Wales. He is also expressly banned from non-public areas of the railway network.