Thanks to the reader who sent in these great pictures of Sunday's momentous river pageant to celebrate the Queen's Diamond Jubilee. 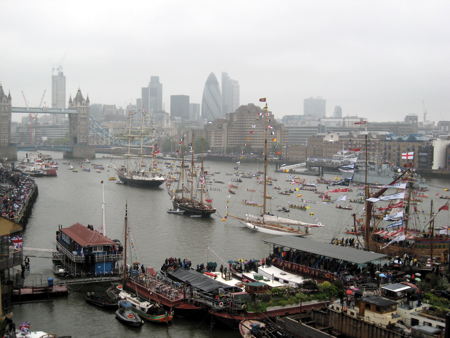 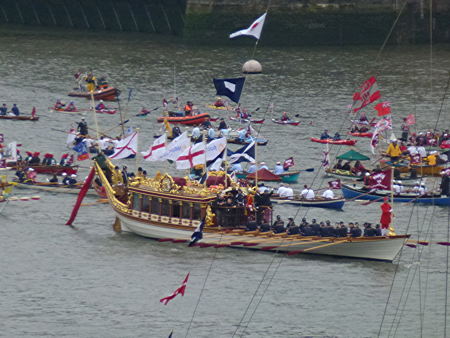 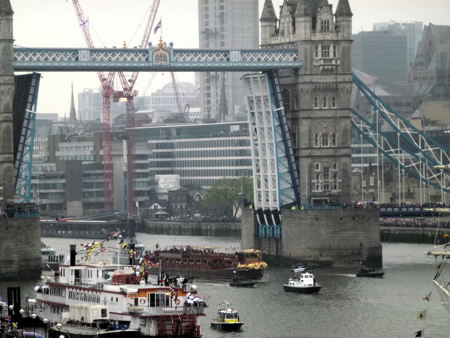 The royal barge Spirit of Chartwell passes through Tower Bridge 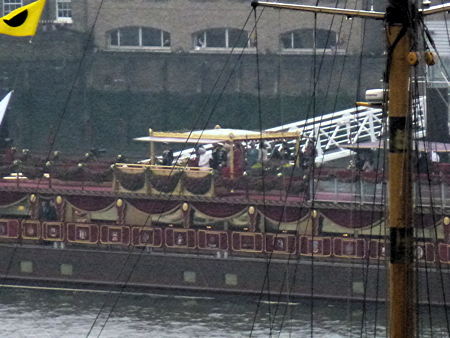 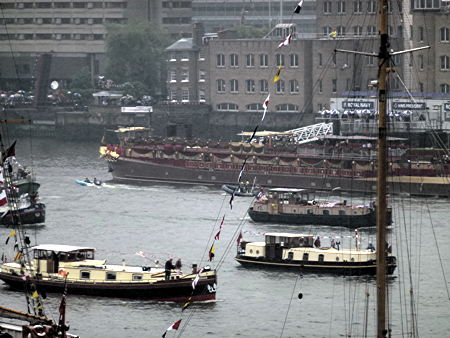 SE1's reporters didn't get to see much of the pageant itself, so we've curated a selection of the coverage to be found elsewhere on the web. The clips are presented in geographical order, starting at the upriver end of SE1 and finishing at Tower Bridge.

SE1's correspondents didn't get to see much of the pageant itself, so we've curated a selection of the coverage to be found elsewhere on the web. The clips are presented in geographical order, starting at the upstream end of SE1 and ending at Tower Bridge.

Storified by London SE1 · Wed, Jun 06 2012 14:51:15
LBC 97.3 covered the pageant from the Westminster Tower on Albert Embankment
Diamond Jubilee: Full Flotilla In 40 Secondslbc973lbc973
The National Theatre provided its own salute to the Queen from the roof of its South Bank building
National Theatre Jubilee Salute to the Queen with Joey from War Horsenationaltheatre
The Daily Mirror recorded this time-lapse from the ITV building
Diamond Jubilee pageant time lapse video – Watch the whole flotilla in under 2 minutesdailymirror
Andy Tennant tweeted these images from the ITV building
The crowds at the South Bank #jubilee http://pic.twitter.com/OKt6msmrAndy Tennant
More boats seen from #ITV South Bank #jubilee http://pic.twitter.com/WlyhgcnTAndy Tennant
Lucinda Bassett saw the Spirit of Chartwell passing Blackfriars Pier
#royal #jubilee #pageant #flotilla #queen #duke #princewilliam #princeharry #k @ Blackfriars Bridge, London http://instagr.am/p/LbKhvZHX8k/Lucinda Bassett
A video from the north bank facing Bankside
Pipe Band at Thames Pageant 2012 for the Queen of England's Diamond Jubilee.damccolg
The royal barge passes Millennium Bridge
The diamond jubilee river pageantcalcitestar
A video of the pageant passing Southwark Bridge
IMG_0032.MOVplaistowsd
Aidan Conway captured this scene from Bankside which surely evokes Canaletto more than most
This. Is. Stunning! @ Bankside Pier http://instagr.am/p/LanFoJJBo0/Aidan Conway
Another video showing the working boats at Southwark Bridge
Thames Pageant Working Boats make lots of noise as they pass under Southwark Bridgeraveydaveygravy73
Another classic view of the pageant at London Bridge
Jubilations at London bridge.. http://pic.twitter.com/6y7utlCDIssy Abel Smith
A video shot from Butler's Wharf during the National Anthem and fireworks finale.
The Flotilla finalemancalledpete
The What's in Wapping website tweeted a link to Jason Smith's photos of the finale
Jason Smith's Photos | Facebookundefined
Although this pic from the Met Police helicopter is rather grainy, it is worth showing:
I98's Spectacular view of the pageant finale from 500ft http://pic.twitter.com/SFtNRwuVMPS Helicopter