Transport for London and train operators have urged commuters to avoid London Bridge Station on Monday - which is expected to be the interchange's busiest day during the Olympic Games. 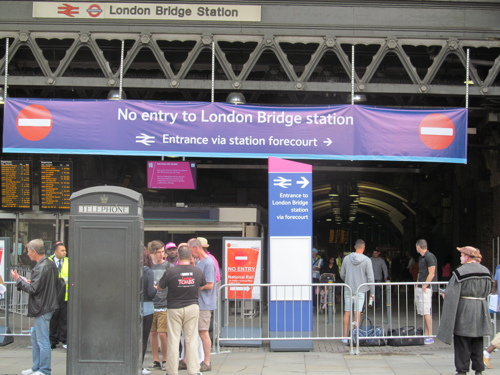 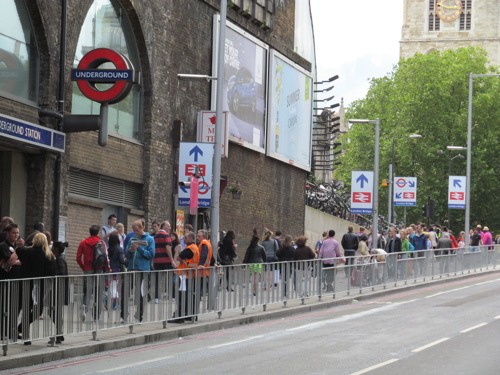 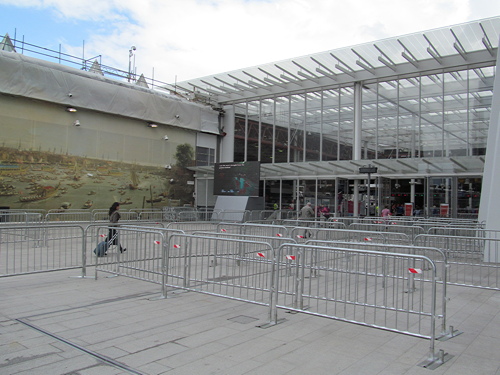 Pens have been set up to contain the queues to enter the station. A big screen showing Olympics coverage has been installed.

With up to 50,000 spectators travelling to the equestrian cross country event at Greenwich Park, Transport for London said that London Bridge station "will be exceptionally busy and should be avoided".

Spectators travelling to the equestrian event are advised to avoid London Bridge as services will already be full, and to take services from Cannon Street, Victoria or Charing Cross to Greenwich or Blackheath instead.

Commuters turning up at London Bridge Station after 6pm on Monday will also find that they are unable to board Southeastern and First Capital Connect trains from platforms 1 to 6 which will be exit-only.

Passengers are advised to board services from stations such as Charing Cross, Cannon Street, Victoria or Blackfriars.

"Even with changes to the station and extra staff and signage, London Bridge will be exceptionally busy. Commuters and games travellers are advised to avoid the station if at all possible."

Keith Jipps from First Capital Connect said: "London Bridge is best avoided throughout the Olympics because it will be exceptionally busy but on Monday evening our customers will not be able to get on to the platforms we use."

Railings have been installed along Duke Street Hill to prevent passengers from spilling out into the road as they did on the day of the Thames Diamond Jubilee Pageant.

New, clearer, signs have also been fitted around the station to direct people to the right platforms.