140 extra staff will be on duty at London Bridge Station during the Olympic and Paralympic Games to help keep passengers moving through the station and answer their enquiries, Network Rail has said. 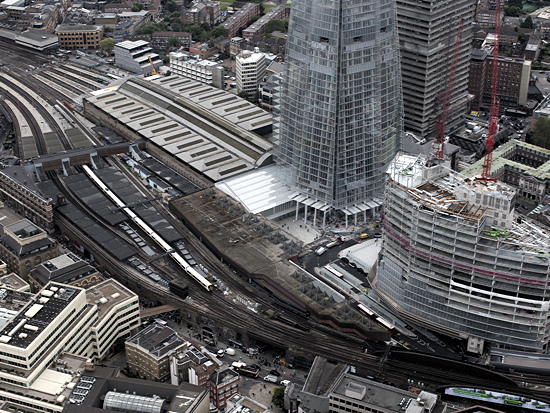 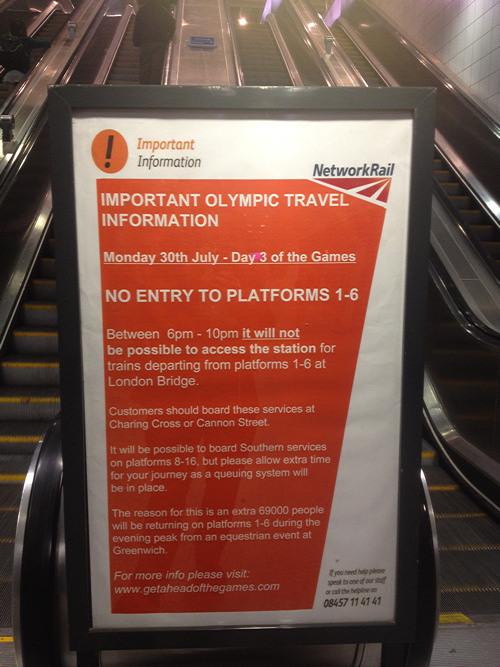 The rail infrastructure company says it has listened to comments from passengers, train operators and London Underground since it tested a one-way system for passengers at a rehearsal on 10 July.

"I'd like to thank passengers for taking part in the rehearsal at London Bridge recently and for their invaluable feedback, which we've used to update and improve our plans for the games," said Network Rail's Robin Gisby.

"The extra staff, signage and information that we have committed to provide will be crucial to keeping the station working at busy times – but it will still be a massive challenge given the huge numbers of additional passengers expected at London Bridge.

"Our advice remains for people to avoid the station if they can during the games and to check GetAheadoftheGames.com for up-to-the-minute travel advice."

Network Rail says it will deploy 140 extra staff at the station and install 11 extra customer information screens. 150 new signs will also be installed to help both commuters and games spectators find their way around the station.

Day three of the games (Monday 30 July) is expected to be the busiest for London Bridge, with an additional 69,000 people – including 50,000 spectators travelling to and from an equestrian event at Greenwich – using the station.

The start and finish times of the event mean spectators will be travelling against the usual flow of commuters.

Passengers will not be able to board trains from platforms 1-6 at London Bridge station between 6pm and 10pm that evening and are advised to use alternative stations – such as Cannon Street, Charing Cross and Blackfriars – to board their trains.

Network Rail is distributing 30,000 leaflets to passengers at London Bridge this week as part of an ongoing campaign.

The company is also contacting major employers in the London Bridge area, including PriceWaterhouseCoopers and Guy's Hospital, urging staff to plan their journeys carefully during the games.

Network Rail says that during the rehearsal on 10 July it found that "the unexpected closure of the escalator next to Hay's Galleria had an impact on our ability to manage large numbers".

The company says it has been told the escalator could be fixed by the end of the month, although notices at the foot of the escalator say it will take four weeks to repair.

Caroline Pidgeon AM, chair of the London Assembly transport committee, has written to the managing agents for the Kuwaiti owners of London Bridge City to seek assurances that the escalator will be fixed quickly.