Tooley Street and St Thomas Street: roadworks return now the games are over

Motorists and bus passengers around London Bridge got a rude shock on Tuesday when roadworks returned to the street after the ban on works during the Olympic and Paralympic Games. 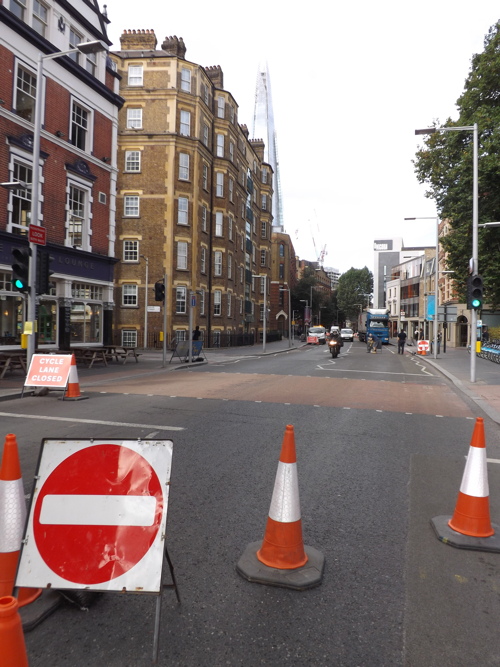 St Thomas Street is closed east of Joiner Street for Thames Water works until Christmas, with Stainer Street shut a a consequence.

The Weston Street tunnel under London Bridge Station has now closed permanently as part of the redevelopment of the transport interchange.

On Tuesday morning London transport commissioner Peter Hendy appeared before the London Assembly transport committee at City Hall to discuss how the capital's transport system had coped with the Olympic and Paralympic Games.

Discussing the summer embargo on roadworks and rail engineering works, Mr Hendy wryly remarked: "We would like to think that some lessons have been learnt, but from looking at Tooley Street this morning I'm not sure if that's necessarily true."