More than 250 performers from six Southwark schools and community groups took to the stage of Shakespeare's Globe on Bankside on Thursday for the theatre's annual Concert for Winter. 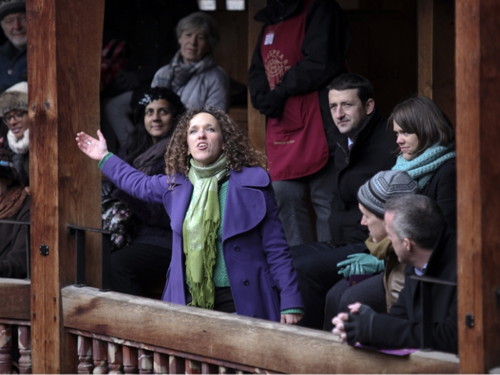 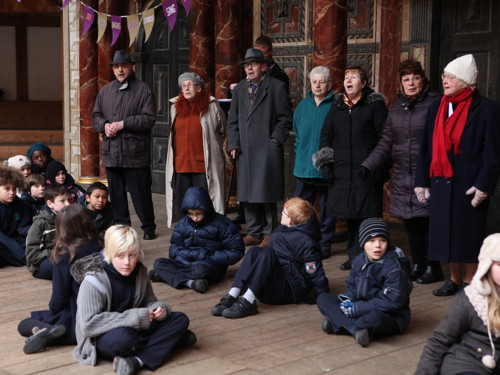 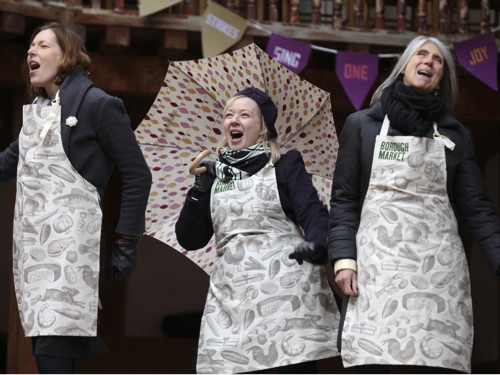 The Borough Market Choir, formed especially for the 2011 Concert for Winter, has gone from strength to strength over the last year (Photo: Ellie Kurtzz)

For the past three months the performers, from across generations, have been working together and exploring their relationship with Southwark as a place to live, work and learn.

The Globe's determination to maintain strong links with its Southwark neighbours stemmed from the vision of Sam Wanamaker, founder of the project to recreate the Elizabethan playhouse on Bankside.

Each year schools and community organisations from across the borough perform in 'A Concert for Winter' on the Globe stage.

Participants in Thursday's concert included pupils from Spa School in Bermondsey as well as the Blackfriars Nightingales choir based at Blackfriars Settlement and the Borough Market Choir of traders, trustees and staff.

"Shakespeare's stories and sonnets have been translated into languages around the world, as we saw in this year's Globe to Globe Festival, and everyone can relate to the universal issues he writes about," said Maggie Tildesley, Globe Education's Southwark community projects manager.

"Over 100 languages are spoken in Southwark; Shakespeare's Globe is a natural setting to bring the borough's rich culture together and celebrate a sense of belonging in this year's concert for winter, with 'Southwark is Home' as its theme."