The Duke of Edinburgh is to visit Southwark to mark the 400th anniversary of the Bard's death. 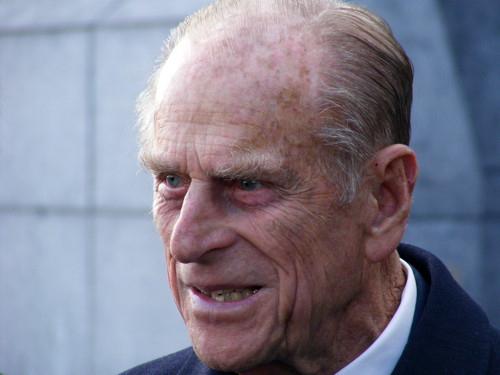 The Duke of Edinburgh on a previous visit to Southwark

The royal visit on Saturday 23 April – the reputed date of Shakespeare's birth and death – has been announced by Buckingham Palace in the latest royal diary of engagements.

Prince Philip, who is patron of Shakespeare's Globe, will attend a service at Southwark Cathedral to commemorate the quatercentenary of William Shakespeare's death.

The service – open by invitation only – will blend liturgical worship, music and performance, while drawing on material from Shakespeare's late romances.

The cathedral choir will be singing a specially commissioned setting of Psalm 46 by Philip Moore.

"Amongst the many famous and notorious former residents of the parish of what is now Southwark Cathedral, William Shakespeare stands premier amongst them," said the Dean of Southwark, Very Revd Andrew Nunn.

"We are delighted, therefore, to be hosting the service which will commemorate his death 400 years ago.

"Anything said of the Bard does not do justice to what he has given to our nation and to the English language and arts but we hope that in word, drama and music the service in the cathedral will express something of our delight in our association with the world's greatest playwright."

Neil Constable, chief executive of Shakespeare's Globe, added: "We are thrilled to be joining our neighbours at Southwark Cathedral in celebrating this momentous occasion.

The 400th anniversary of Shakespeare's death will be a busy weekend for Shakespeare's Globe, with the return of the Globe to Globe Hamlet company after their unprecedented round-the-world tour, and brand new short films of all 37 of Shakespeare's plays being screened along the riverbank for The Complete Walk.

"Globe Education will also be kicking off a host of events on the theatrical greats of 1616.

"As well as all this, we look forward to celebrating Shakespeare's life and legacy in his workplace parish."

In April 1964 Southwark Cathedral was the setting for a similar service to mark the 400th anniversary of Shakespeare's birth. Sir Donald Wolfit was among the actors who took part.

The 1964 event also had a royal guest, with Princess Alice, the Duchess of Gloucester, in attendance.

On that occasion the Duchess was entertained to a civic luncheon by the Mayor and Corporation of Southwark before making her way to the cathedral.