This week Shakespeare's Globe hosted a performance by Southwark school pupils to celebrate the 450th anniversary of the birth of the Bard. 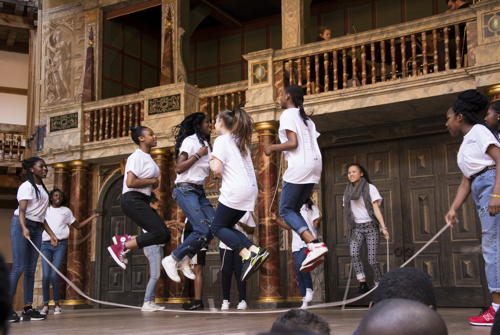 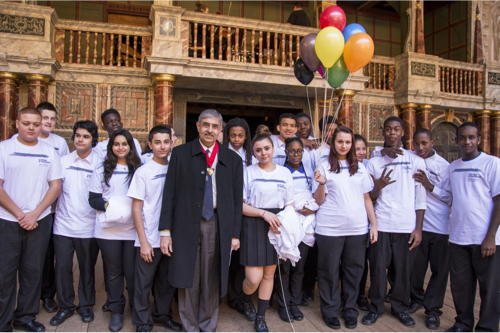 More than 140 pupils from schools around the borough paid tribute to their local playwright in their local theatre in an original ensemble performance on the Globe stage entitled Seven Ages of Shakespeare.

On Thursday all the pupils came together for a final performance on the Globe stage to an audience of those who live, work and learn in Southwark. Guests included the Deputy Mayor of Southwark, Cllr Sunil Chopra.

The annual project – supported by accountancy firm PwC – is now in its 18th year.

"Our Theatre is always a celebration of the community around Shakespeare's Globe," said Patrick Spottiswoode, director of Globe Education.

"I can think of no better way of celebrating the 450th anniversary of Shakespeare's birth than for the children of Southwark, the birthplace of his plays, to join together and speak his words playfully, as he intended."

This year's students included those with complex special educational needs. The opportunity to experience performing on the Globe stage will help to develop the confidence and self-esteem of all involved, as well as speaking and listening skills, all necessary across their school activities and for later in higher education and the workplace.