Local MPs Kate Hoey and Simon Hughes joined the deputy mayors of Lambeth and Southwark on Sunday to 'beat the bounds' of the parish of Waterloo with the congregation of St John's church. 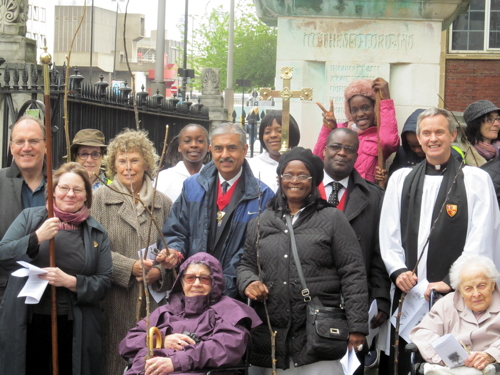 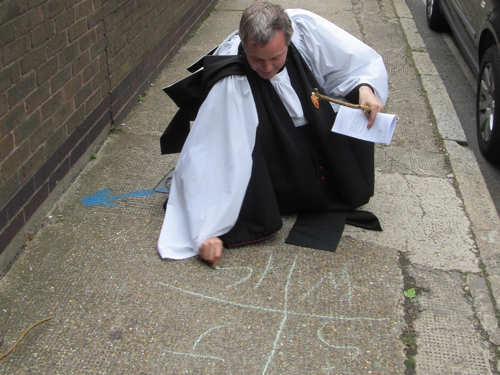 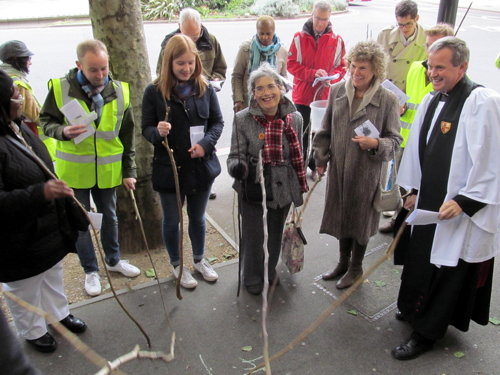 The congregation 'beating' a boundary mark at St George's Circus 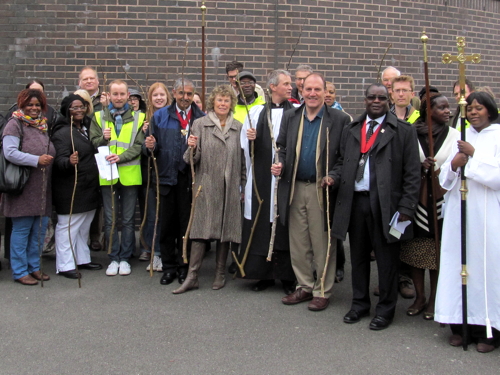 The assembled group outside St Andrew's Church in Short Street

St John's Waterloo reinstated the tradition of 'beating the bounds' last year with a walk along the riverside edge of the parish. This year's route covered the eastern part of the parish as far south as St George's Circus.

The St John's congregation gathered at the church armed with sticks to 'beat' the boundaries of the parish.

The vicar, Canon Giles Goddard, chalked a cross marked with the church's initials and the year (SJW 14) at certain locations around the edge of the parish. The congregation was then invited to 'beat' these markers with their sticks.

The custom of walking around the edge of a parish on or near Rogation Sunday, the Sunday before Ascension Day, developed in England in the 8th century.

The procession has the dual purpose of praying for people and institutions in the parish and maintaining a collective memory of where the boundaries lie.

This year's walk had a special emphasis on locations associated with World War One. Poppy seeds were scattered around the parish during the event.

• Southwark Cathedral is planning its own 'beating the bounds' ceremony for Sunday 15 June.