The Horses and dray from Harvey's Brewery in Lewes, Sussex, have visited the Royal Oak in Southwark. 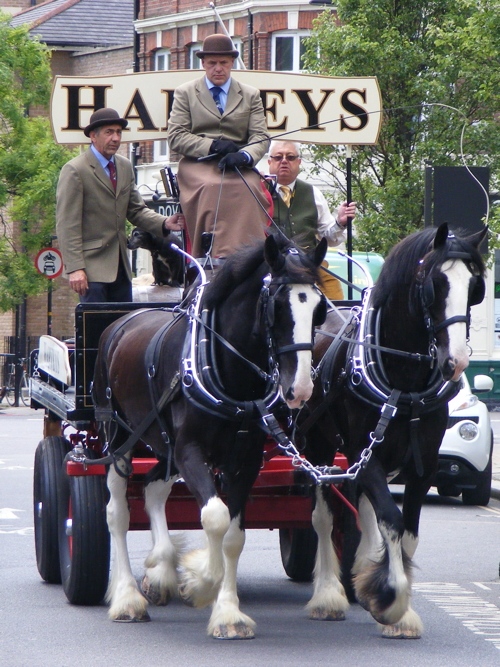 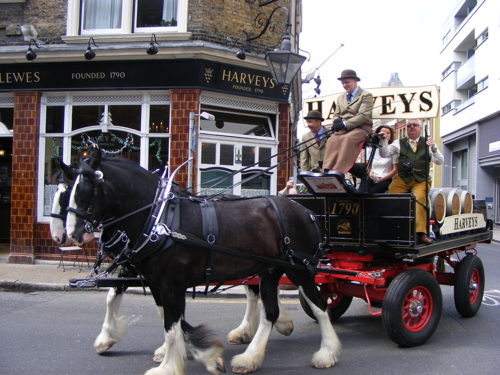 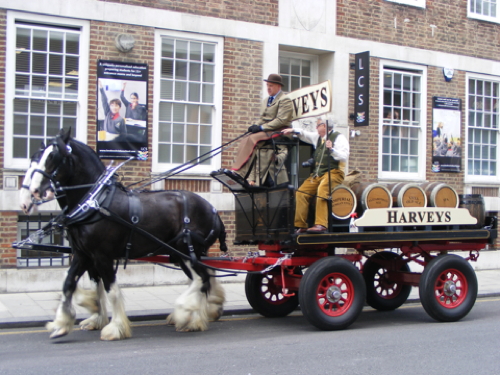 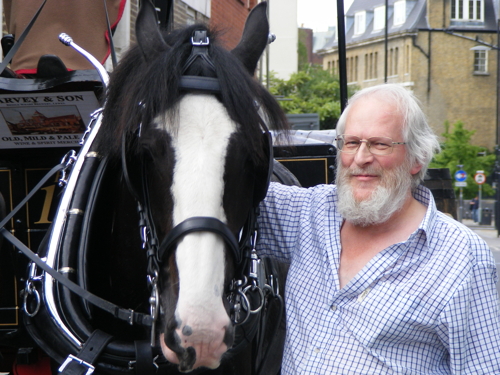 Frank Taylor from the Royal Oak 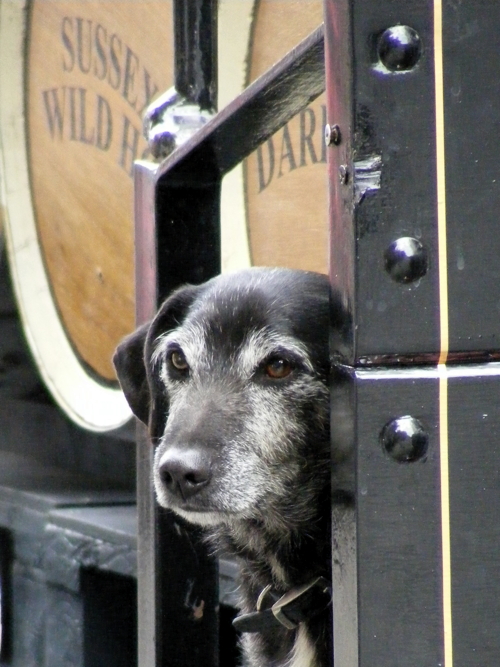 On Thursday afternoon, after touring the City and calling at the Market Porter in Borough Market, the shire horses and dray made their way to their own London pub on the corner of Tabard Street and Nebraska Street.

The Royal Oak had water and carrots ready for the hard-working horses Monty and Winston whose long day had started at 5am in Lewes.

Among those greeting the horses was the Royal British Legion's head of events Teresa Greener from nearby Borough High Street.

Royal Oak regulars came out of the pub to see this first ever visit from the Lewes horses. Children from the next door London Christian School and the nursery staff opposite were delighted to see the rare sight.

The dray passengers included not only the head horseman and drayman but Barny the dog.

Afterwards, the dray set off down Great Dover Street before turning north to be photographed crossing Tower Bridge.

Normally the horses make deliveries around the town of Lewes once a week but there are plans for a return visit to Southwark.

The Royal Oak is the successor to the Walnut Tree inn maintained by Lewes Priory on the site of London Bridge Station from the 12th century. This month Harvey's, founded in 1790, has produced Priory Ale using ingredients available to the priory's brew house in 1264.