Housing activist and former Labour councillor Piers Corbyn has announced that he is to stand as an independent candidate in the Chaucer ward by-election on Thursday 7 May. 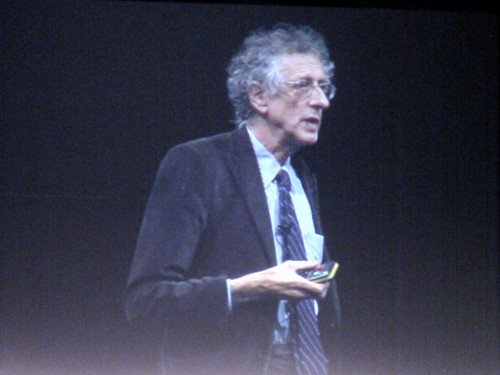 Piers Corbyn is currently playing a leading role in the campaign against Southwark Council's redevelopment plans for the Aylesbury Estate in Walworth.

He will contest Chaucer ward – where a by-election has been sparked by the resignation of Labour's Claire Maugham – on an anti "social cleansing" platform.

He recently debated with Southwark housing boss Cllr Richard Livingstone at a meeting of Borough, Bankside & Walworth Community Council and questioned Labour leader Ed Miliband during his visit to Rotherhithe.

Corbyn served as a Southwark Labour councillor in Burgess ward between 1986 and 1990.

He quit the Labour Party in 2002 and stood unsuccessfully as an independent candidate in Faraday ward.

Piers Corbyn – a meteorologist – is the brother of the left-wing Labour MP Jeremy Corbyn.

Kingsley Abrams, a former Lambeth Labour councillor and previous Labour parliamentary candidate, is the TUSC candidate for Bermondsey & Old Southwark on 7 May.