The two leading parties in Chaucer ward have named their candidates for the by-election on Thursday 7 May. 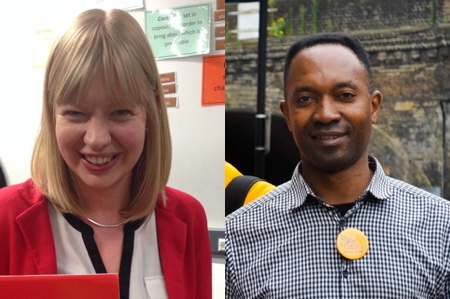 Chaucer ward stretches from St Thomas Street in the north to Elephant & Castle in the south west to Bricklayers Arms in the south east.

Chaucer was a closely-fought ultra-marginal ward at the 2006 and 2010 borough elections, but Labour took all three seats in 2014 with a 170-vote margin between the third and fourth placed candidates.

A by-election will be held alongside the general election on Thursday 7 May to elect a councillor to replace Labour's Claire Maugham who resigned last month.

Southwark Labour has picked Helen Dennis as its candidate.

Dennis – who lives in Peckham and works in Waterloo for Christian Aid – stood for Labour in neighbouring Cathedrals ward last year.

Southwark Labour leader Peter John said: "Helen will carry on the work with Claire has been doing with Labour Councillors Karl Eastham and Vijay Luthra, standing up for local residents, and getting the best for people in Chaucer.

Lib Dem leader Cllr Anood Al-Samerai said: "William will be a brilliant councillor for Chaucer ward. He lives locally so knows the area, the people and its issues well and he has already worked with Simon Hughes for our community for many years.

"It is a disgrace that Ed Miliband's Labour council has let down local residents so badly by causing an election after less than a year. The fact that Labour have still not given any explanation shows they just don't care and take residents for granted."