For the first time in more than three decades, Bermondsey has a Labour MP as Neil Coyle defeats Liberal Democrat veteran Simon Hughes. 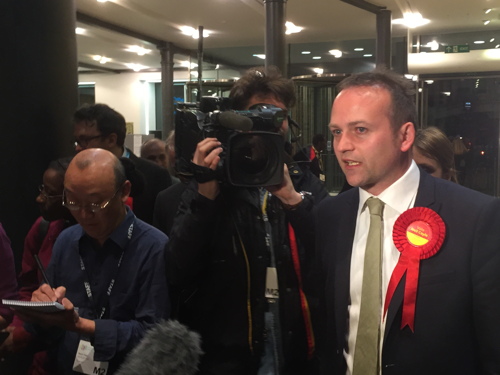 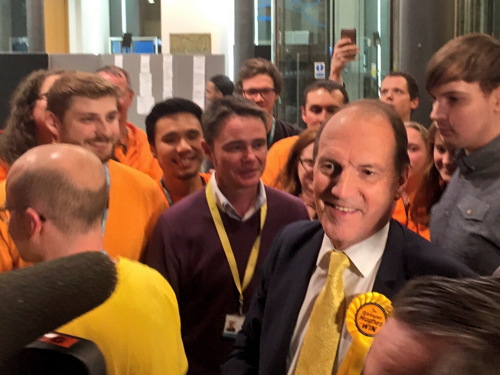 Simon Hughes greeted by supporters at the election count 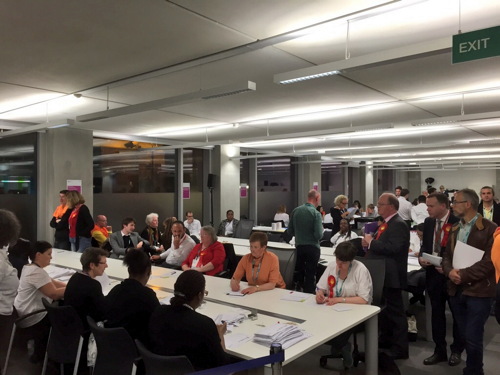 Five years as a member of a governing party and just over a year as justice minister have brought Simon Hughes's 32-year tenure in Parliament to an end.

His Labour successor Neil Coyle has been a Southwark councillor in Newington ward since 2010. He is currently the borough's deputy mayor.

In 2013 Coyle was selected as Labour's candidate for Bermondsey & Old Southwark, beating the second-placed contender by just one vote.

This year Labour mounted its biggest electoral campaign in the area for several decades and turned a Lib Dem majority of 8,530 into a Labour majority of 4,489.

Around 1,000 Labour activists from across the capital and beyond were pounding Southwark's streets for Neil Coyle on Thursday – a ground operation which the Liberal Democrats simply couldn't match.

In his victory speech, Neil Coyle acknowledged the "three decades' contribution Simon Hughes has made to people's lives in this community".

Of the result, Neil Coyle said: "It was not a verdict on 32 years of Simon Hughes, it was a verdict on five years of Cameron and Clegg's coalition."

In turn, Simon Hughes congratulated the new MP and wished him well.

Speaking before the election, Neil Coyle told us that he could continue to serve as a councillor in tandem with his parliamentary role – though he hinted that if he did trigger a by-election in Newington ward, it could be timed to coincide with next May's elections for the Mayor of London and London Assembly.

As for Simon Hughes, he told us in a pre-election interview that he would not accept a peerage. Party colleagues suggest that he could find a role in the European Union or a major charity or campaign organsiation.

What do you think of the election result?