Lambeth councillors have received a petition with 2,075 signatures urging a rethink of plans to remove funding from some of the borough's children's centres, including Coin Street in Waterloo. 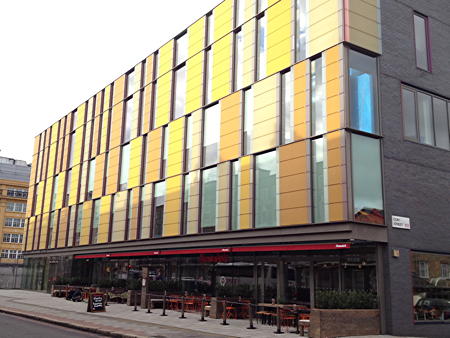 The cuts to five of the borough's 23 children's centres comes after the council saw a £1.4 million cut in funding in 2017.

Public consultation on the proposals ended last weekend, with a decision due on 1 April.

If approved, Lambeth families would be unable to use Coin Street children's centre in Stamford Street, even though Southwark families would still have access.

At Wednesday night's council meeting parent Hazel Rogers asked Labour councillors to "dig really deep" to find a solution to the funding cut that did not including closing the centres.

She encouraged councillors to accept a Green Party proposal to save the centres, or allow parents and centre staff more time find a solution.

The Green proposal would see the centres funded from reserves and from their proposal to reduce councillor allowances.

"The message universally from all parents is for the council to maintain services at current levels. I do not need to remind you of the value of early years prevention," she said.

"These cuts on top of earlier cuts will kill our fantastic children's centres.

"You have in front of you a Green Party proposal as a costed way forward that makes the savings needed and preserves what we have, so take it. But if you feel it isn't right for you then take a pause and take more time. Maintain funding for one year to give all of us in Lambeth time to find a way forward.

"We have been given hardly any space to contribute to finding creative solutions rather than the obvious 'cut, cut, cut' proposals," she added.

Ms Rogers presented a petition against the cuts with 2,075 signatures.

But deputy leader of the council and cabinet member for children and young people, Cllr Jennifer Brathwaite, said the council "cannot be in denial about the state of local government funding."

She said she had spoken to many parents and visited centres during the consultation process.

"The council has sought to retain all of our children's centres despite government cuts.

"However, I would love to maintain every one of our 23 centres.

"In addition to that we have to find a further £37 million in the next four years.

"And in addition to that, changes to the dedicated schools grant meant that we have lost £1.4 million every single year from our children's centre budget. That is one third of our funding gone. That is an enormous amount," she said.

"It is easy to say 'use our reserves' but that is not what a prudent council will actually do.

"We have to deal with the reality of austerity," she added.

She said the proposals to keep 18 centres open "reflects our deep commitment as a Labour council to early intervention despite austerity."