Dozens of London taxis converged on the London Development Agency's Blackfriars Road HQ on Wednesday lunchtime to protest against a new scheme some cab drivers claim is "racist". 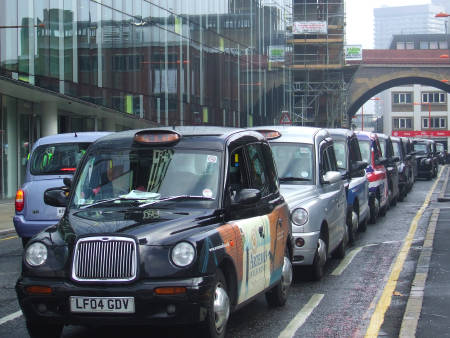 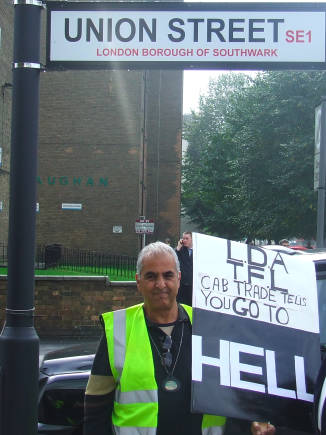 Taxi drivers constantly sounded their horns and blew whistles as they drove round and round the London Development Agency's offices in the Palestra building opposite Southwark tube station.

The hour-long demo was organised by the Elephant and Castle-based London Cab Drivers Club.

Last week the Mayor of London and the London Development Agency announced a new scheme to encourage more women and people from black, asian and minority ethnic communities, who are currently significantly under-represented in the taxi industry, to train to become licensed taxi drivers.

The LCDC claims that this scheme "is an attempt at social engineering where the result will be to create division among black, Asian and white people where none exists within the taxi trade at this time".