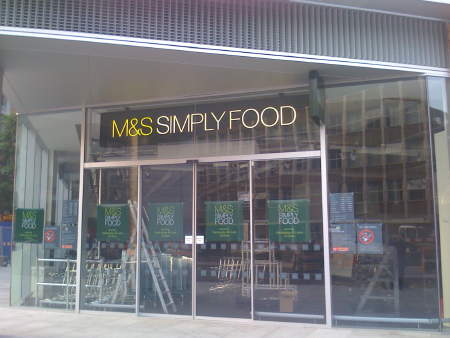 The new store is part of the Bankside 123 development and is situated near the junction of Southwark Street and Great Guildford Street.

The store, which opens for the first time at 10am on Wednesday 4 June, will employ 75 people.

Opening hours will be 7am-10pm on weekdays, 8am-8pm on Saturdays and 11am-5pm on Sundays.

The M&S store is at the base of the office building known as Bankside 3 which – along with Bankside 2 – is to be occupied by the Royal Bank of Scotland.

RBS wants to treat the two buildings as a single unit and proposes to build a bridge link between the two blocks at levels 2 to 8.

Other businesses coming to Bankside 123 include del'Aziz and Tortilla .