Although our community is diverse there is wide agreement on many issues says a new report. 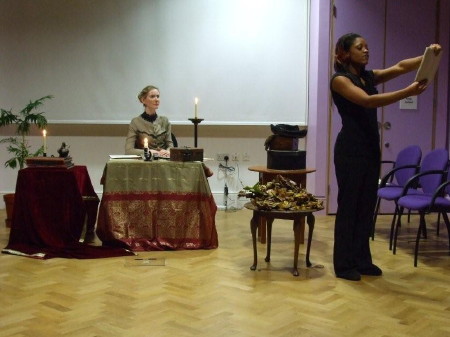 The finding is revealed in the draft report Celebrating Our Community published by Blackfriars Settlement.

136 people completed a 'My Community' questionnaire including 19 children, 14 teenagers and 20 young adults.

85 per cent of the respondents were from Borough and Bankside.

"I am delighted that so many comments were made about people 'getting on well together' and feeling a sense of belonging," says Cllr Adele Morris in the introduction.

"The community is a place where diversity should be respected and also a place where people can share and value their differences."

The initial findings were unveiled to an audience at 56 Southwark Bridge Road, the refurbished former Borough Community Centre.

Lightning Ensemble presented the responses in the form of a dialogue taking place in the office of Blackfriars Settlement co-founder Miss Gruner assisted by a 2008 compere who introduced singing by the Nightingales and dancing by the Blackfriars Girls Dance Troupe.

Often mentioned ideas included a better environment and improved services but the main theme in the answers was a desire for discussion between all ages and cultures to find ways of cooperating together to benefit the area.

Among the evening's contributors was Simon Hughes MP who said that older people were better engaged, voted more often and responded to surveys more. He appealed to younger people to take part more eagerly as they can have an influence on decisions.

The final report will be recommending at least three positive actions which can be explored in the New Year.