A new selection of officially-sanctioned graffiti has been added to the Leake Street tunnel at Waterloo. The grim underpass has become an unlikely attraction over the past four months. 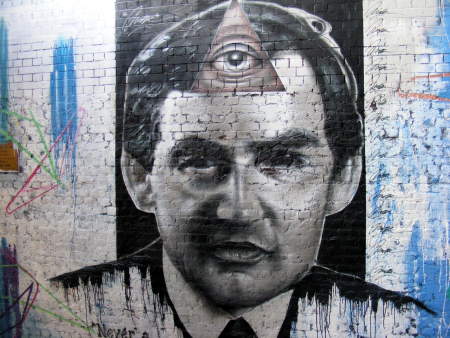 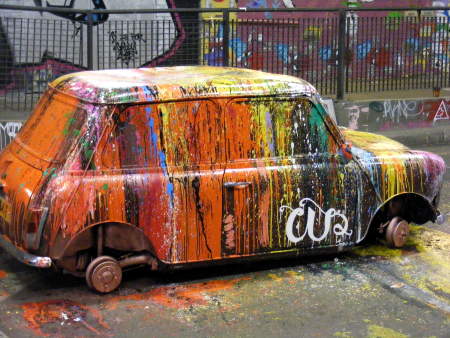 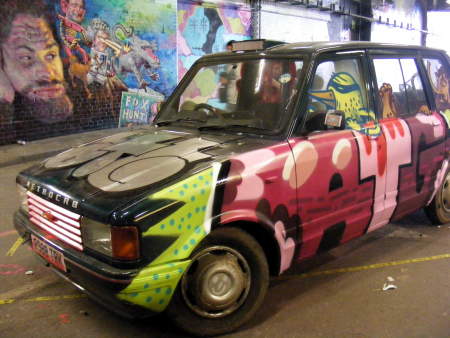 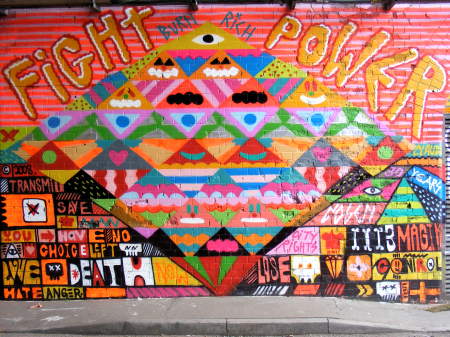 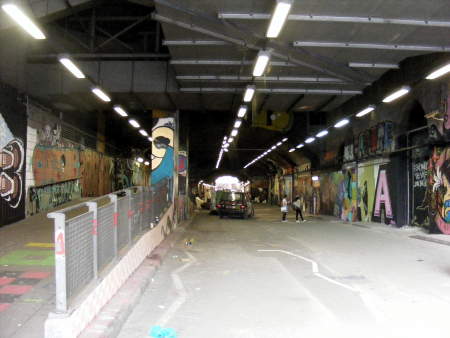 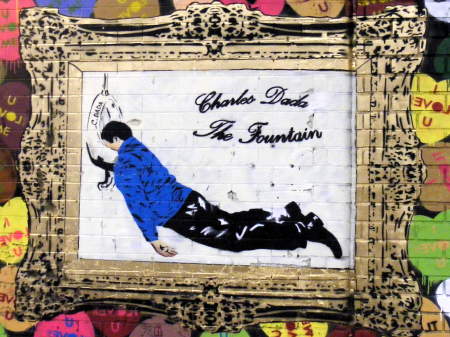 The second Cans Festival was held over the August Bank Holiday weekend to follow the success of the inaugural event which took place at the May Day Bank Holiday.

Whereas the first event was restricted to stencil art, this time freehand works have been permitted.

A fresh selection of burnt-out cars splattered with paint have also appeared in the street which runs underneath Waterloo Station connecting Lower Marsh with York Road.

Leake Street has been sealed off to traffic since the closure of the Waterloo International terminal in November 2007.

The infamous Banksy has helped to curate this second show although he has not contributed any new works himself.

Cans 2 is a much more low-key affair than the May Day event which saw visitors queue for more than an hour to enter a one-way system to view the show.

On Sunday visitors were able to enter the tunnel without restriction.

Art or vandalism? Have your say!