Thames Water has agreed to hold extra meetings with local residents worried about plans to take over the Alfred Salter Playground in Druid Street for construction of a new giant sewer. 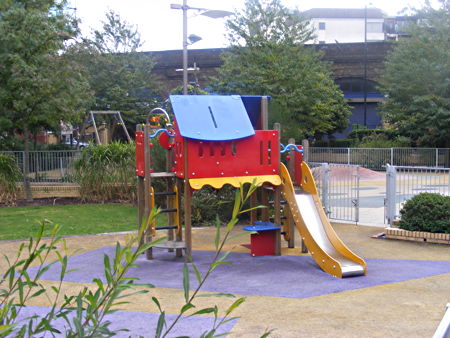 This playground, dedicated to the memory of Bermondsey MP Dr Alfred Salter, has been chosen by Thames Water as one of its preferred sites for the construction of the Thames Tunnel

If the water company's plans go ahead, the Alfred Salter Playground could be closed for two years while a new 'super sewer' is constructed under the Thames. The Druid Street site would be used to connect the proposed tunnel to the existing sewer network.

"This valuable community facility is used extensively by us to provide a range of activities for young people," says Claudia Webbe, chief officer of the adjacent Downside Fisher Youth Club.

"There has been no direct consultation with us and we are disappointed that we had to learn about the plans in the media.

"It is clear that the proposal to take over the playground for two years will seriously affect our vital work for children and young people and consequently we hope that a more viable solution can be found."

Thames Water published details of the intended route for the Thames Tunnel in mid-September and announced a programme of consultation events.

As well as the Druid Street site, many Southwark residents will be concerned about the likely impact of the Thames Water works on King's Stairs Gardens by the river.

"I welcome Thames Water's commitment to attend both Rotherhithe and Bermondsey Community Councils and to hold another consultation meeting at an accessible venue near Jamaica Road," said Cllr Anood Al-Samerai, leader of the Southwark Liberal Democrat group.

"They have also said they will meet the Friends of Southwark Park.

"I am sure local people will use the opportunity to show Thames Water the strength of feeling about the loss of these valued local open spaces.

"We just can't afford to lose them – especially in our densely populated part of the capital."

A Thames Water spokeswoman confirmed that the company will soon be announcing extra meetings.

"We have agreed to meet with both community councils and are currently setting up dates for this," she said.

"The consultation is an opportunity for everyone to find out about our proposals and have their say.

"We encourage the youth club to take part in the consultation and visit one of our local exhibitions."

• The Thames Tunnel exhibition will be at the Beormund Community Centre next week.