This week Thames Water will hold a public consultation about the possible expansion of Shad Thames Pumping Station for the construction and operation of the proposed 'super sewer' along the river. 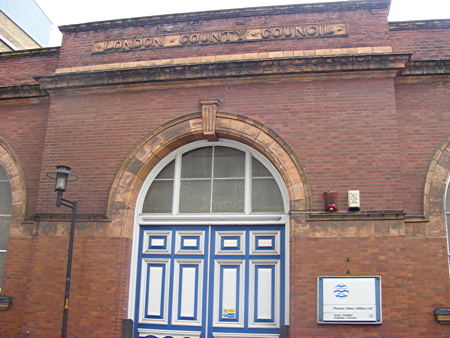 Shad Thames Pumping Station, which dates from 1906, could be expanded as part of the Thames Tunnel project

In April Thames Water said that it might be able to avoid digging up the Alfred Salter Playground in Druid Street if it carried out works at the Shad Thames Pumping Station in Maguire Street instead.

Both locations are on the route of a sewer which discharges untreated sewage into the River Thames close to the Design Museum at Butler's Wharf.

Thames Water is planning to build a new 'super sewer' – known as the Thames Tunnel – along the route of the river to help keep sewage out of the river.

The water company has warned that the Maguire Street option would require
"significant engineering work" at the 1906 pumping station which is surrounded by homes.

Thames Water is holding two drop-in sessions for local residents at the Beormund Community Centre on Friday and Saturday afternoon.

Meanwhile controversy continues to rage over the possible effects of the Thames Tunnel in SE16, where both King's Stairs Gardens and Chambers Wharf are under consideration as work sites for the sewer.

Southwark Council leader Peter John has recently given the borough's backing to an independent investigation into the Thames Tunnel scheme organised by Hammersmith & Fulham Council under the chairmanship of Lord Selborne.

"Southwark has been extremely concerned by the approach adopted by Thames Water with regard to the Thames Tunnel and how it may affect us," wrote Cllr John.

"Two sites in Southwark have been identified by Thames Water for possible main shafts. One is a park, King's Stairs Gardens, which is a valued riverside green space, whilst the other is a brownfield site on the river at Chambers Wharf surrounded by housing and three schools.

"Neither is suitable for seven years of constant drilling and associated works and the council supports the community campaigns opposing the use of these sites.

Southwark is absolutely committed to the aim of cleaning the Thames and preventing sewage leaks. However, we also do believe that it is time to ask the fundamental questions of whether this scheme, at this cost and at this time is necessary, value for money, and will achieve its' stated objectives.

"Seven years of misery for those who use King's Stairs Gardens or who live adjacent to Chambers Wharf is not a prospect which we are prepared to contemplate without a thorough independent investigation and challenge of the scheme as currently presented."