The Royal Oak in Tabard Street has been named as Pub of the Year. 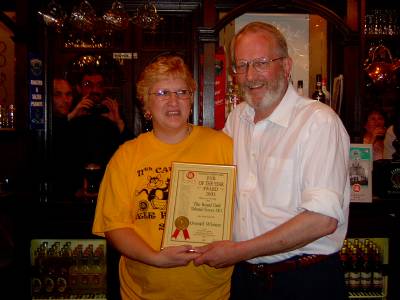 The award comes from South-East London CAMRA, Campaign for Real Ale, and was presented at the SE1 pub to landlord Frank Taylor. 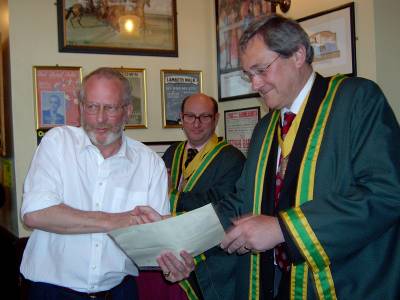 Earlier in the evening the Southwark Court Leet had assembled at the pub and, after Ale Connor Peter Gadbury had sampled the ales, isssued a document approving the ale quality.

Five years ago there were no awards for the former Courage house. Now the beautifully refurbished Victorian building is the only pub in London belonging to Harvey's of Lewes. Head Brewer Miles Jenner was at the Royal Oak to offer congratulations. He is the fifth generation brewer descended from the Jenners of nearby Crosby Row. Their Southwark-brewed London Stout was well-known in all the capital's theatres and music halls and today its successor Harvey's Stout is again available at the Royal Oak. 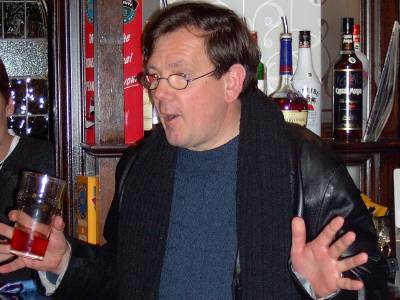 Meanwhile Time Out has placed the Royal Oak fifth in its Best Pub Awards. The citation reads: "A friendly, traditional local with no jukebox, no fruit machine and no hassle."