You'll find pictures of the pageant elsewhere; here are some images that give a flavour of how crowded parts of SE1 were on the big day.

Crowds on the South Bank near the London Eye 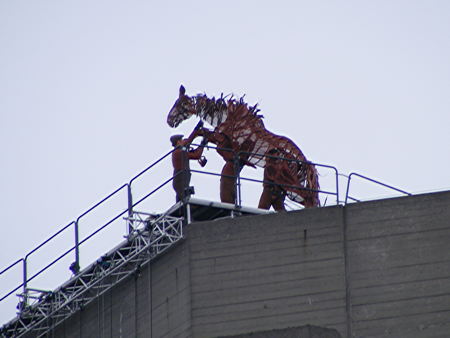 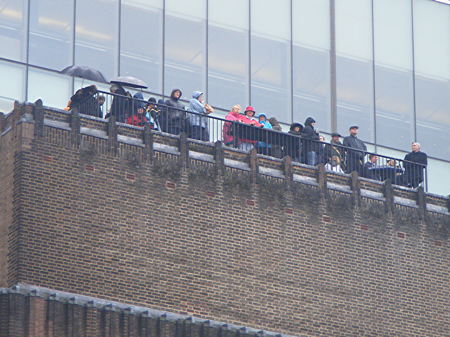 Spectators on the Tate Modern terraces await the river pageant 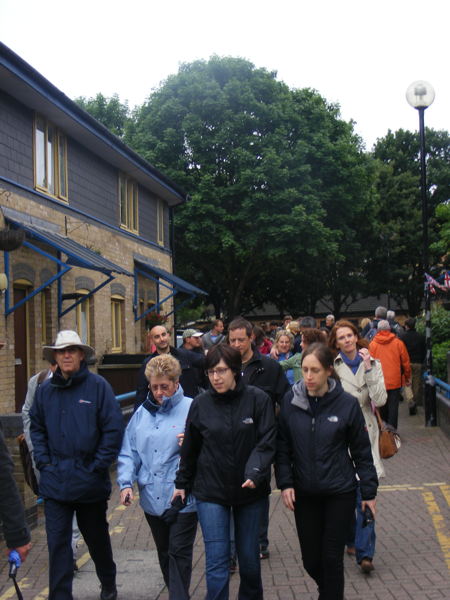 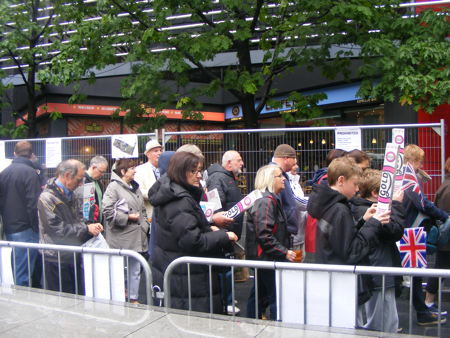 Queuing to get into the More London estate 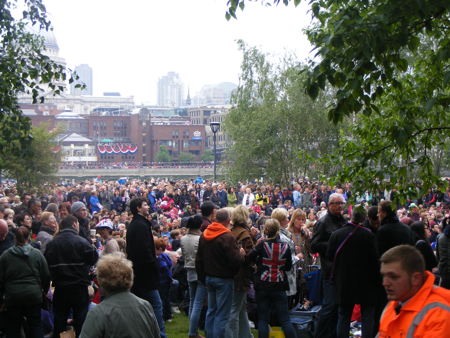 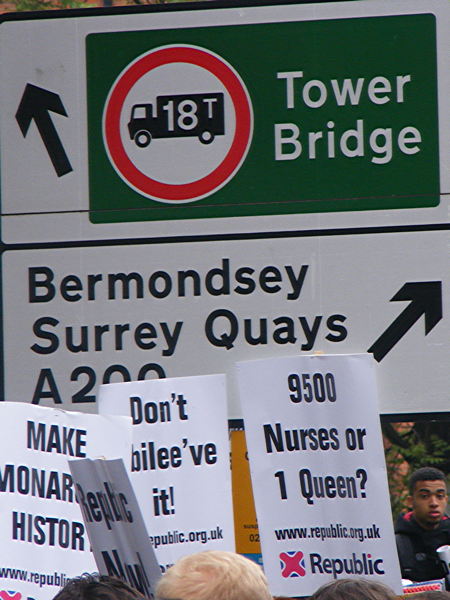 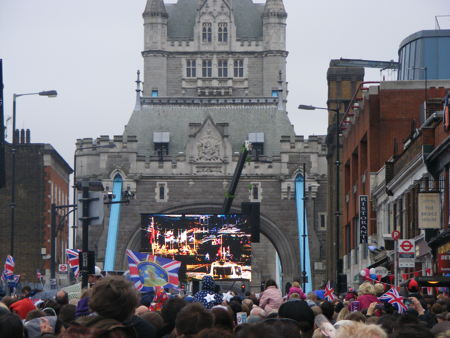 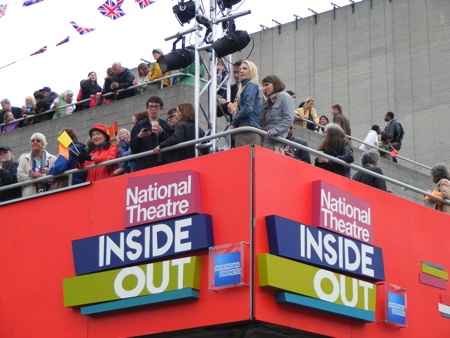 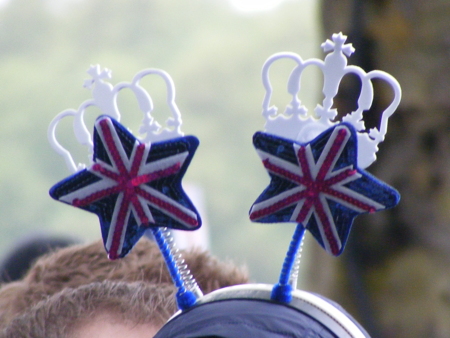 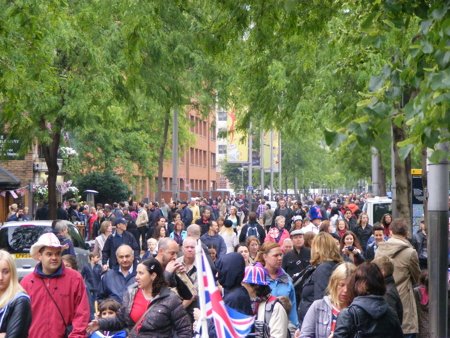 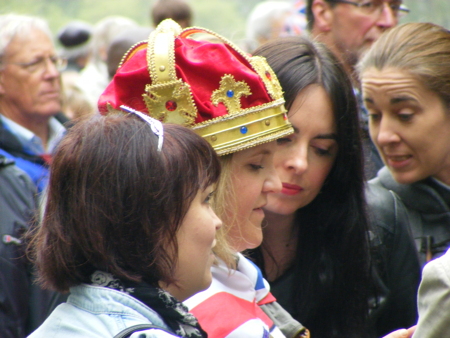 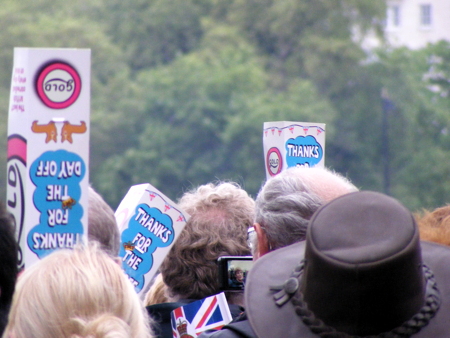 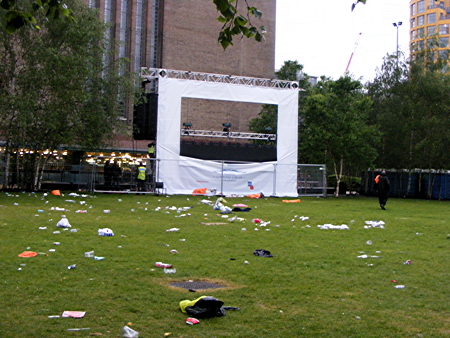 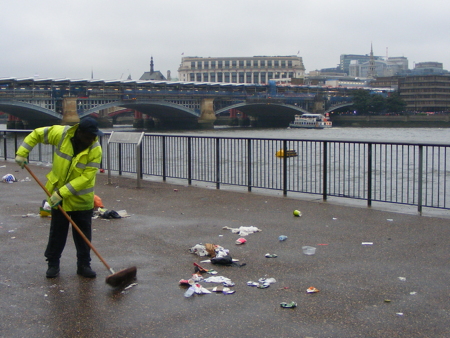 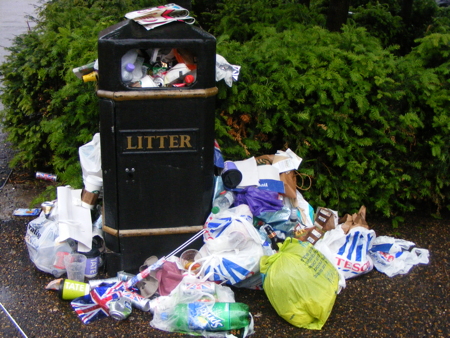 Footfall trackers installed by Better Bankside registered 87,755 visitors to the area at the six locations they track, up from 57,493 the previous Sunday.

Visitor numbers peaked between 5pm and 6pm in the afternoon as people left the riverside. The two riverside trackers at the Founders Arms and The Anchor Bankside recorded far lower numbers than usual between the hours of 3pm and 5pm as visitors stood still to watch the pageant pass by.

"We're very pleased that Bankside was at the heart of the Jubilee River Pageant and so many people chose to come and celebrate in the area," says Peter Williams, chief executive of Better Bankside.

"Despite the bad weather the crowds were out in force to celebrate sixty years of Her Majesty's Reign and to watch the spectacular and enjoy all of the special events that were held in Bankside."

The six footfall trackers have been recording visitor numbers along the riverside and quieter back streets in Bankside since November 2011.

At Southwark Cathedral specially composed peal was rung for the first time during Sunday’s River Pageant and before the special Choral Evensong at which the Diamond Jubilee window was dedicated, taking 3 hours 47 minutes to complete

“It was a very special day, and we were proud to be part of it," said the cathedral's ringing master Peter Valuks.

"For me in particular it expressed the very essence of what bellringing is about: ringing a peal to celebrate a very important state and church occasion."

A quarter-peal was rung at St John's Waterloo from 12 noon by Docklands Ringers as part of the Jubilee celebrations.