Architectural plans and drawings of some of the capital's biggest and busiest railway stations – including London Bridge and Waterloo - have been published on Network Rail's online archive. 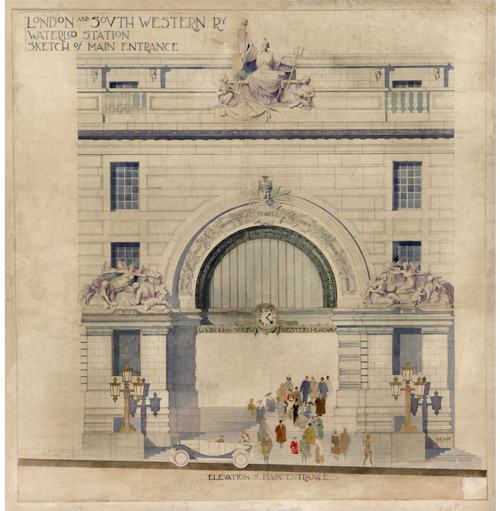 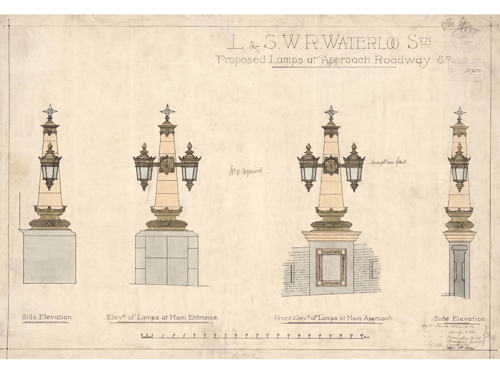 Plans for the lamps which adorn the entrance to Waterloo Station 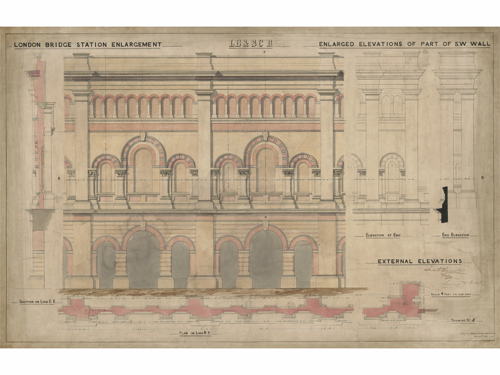 London, Brighton and South Coast Railway drawings for the St Thomas Street wall of London Bridge Station - soon to be demolished as part of the station redevelopment

The virtual archive was launched in February and now the rail infrastructure company has added a new Olympics section focussing on the stations which are handling passengers heading to the games.

"With millions of visitors to Britain this summer, we wanted to add a special section on those stations in the capital that everyone will pass through," said archivist Vicky Stretch.

"With everyone focused on this fortnight, it's fascinating to also look back at how things were different in 1908 and 1948 as the rail sector was quite different then.

"We hope that the archive helps people to understand the incredibly detailed and beautiful architectural work carried out by some of the world's greatest engineers, and are still important for engineers working for us today."