Tesco unveiled its new-look Tesco Metro store in Tooley Street on Monday morning. The store has been redesigned and reorganised less than 18 months after it first opened its doors. 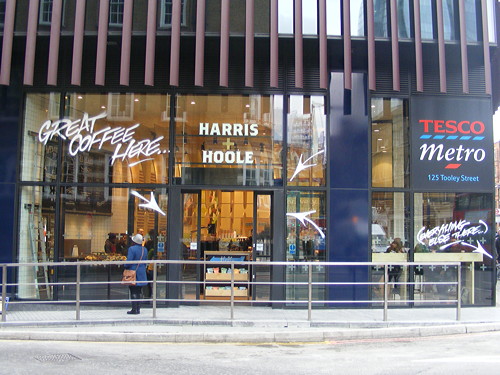 The new Harris & Hoole shop has its entrance on Braidwood Street 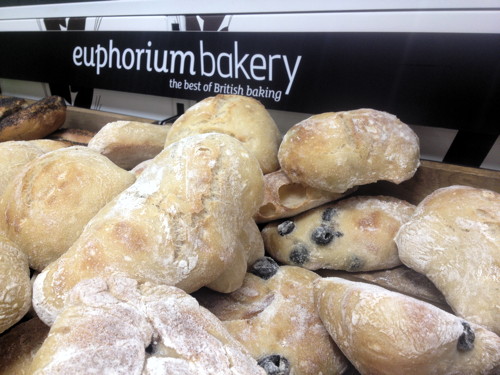 The entrance lobby of the store – which opened in November 2011 -- has been subdivided to include a small Harris & Hoole coffee shop.

Harris & Hoole is named after two characters mentioned in the diaries of Samuel Pepys.

Founded by siblings Nick, Laura and Andrew Tolley, the fast-expanding chain is part-owned by Tesco.

Shoppers at the store have endured several weeks of disruption whilst work has been carried out, with several changes of layout to accommodate the installation of new equipment.

The new checkout layout has also been the subject of debate on the SE1 forum.

What do you think of the changes to Tesco Metro?