Several hundred parishioners and friends gathered in St John's Waterloo on Sunday for vicar Richard Truss's final service as he retires from the parish. 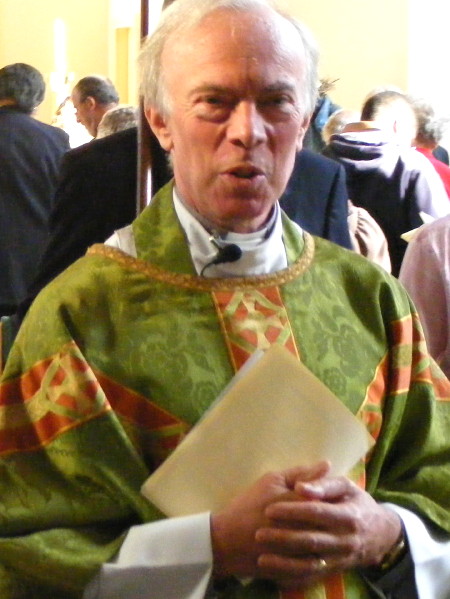 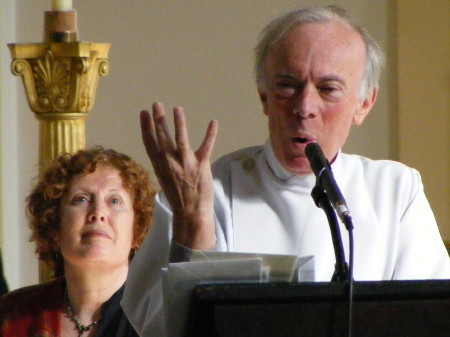 "This is an unusual parish," said Bishop of Southwark Tom Butler in paying tribute to Canon Truss who has been vicar since 1994. "His finest time of ministry has been here where poverty and riches exist side by side, where pretty people and desperate people rub shoulders together and everyone as a child of God has received the same care and attention from Richard."

A string quartet from the Southbank Sinfonia, which is based at the church, played during the service and mezzo soprano Glenn Kesby sang "I know that my Redeemer liveth" from Handel's Messiah.

Afterwards Richard and his wife Helen were presented with a bird bath made by Southbank Mosaics which operates in the crypt.

Looking back to his first day in Waterloo, Richard remembered the buckets in church to catch water from the leaking roof and the sleeping bodies in the porch. He also recalled travelling on the inaugural Eurostar train from the parish but also seeing the international terminal close.

Before the service there was a peal of the historic bells which have been restored during the time St John's Waterloo has been in his care.

The congregation included Simon Hughes MP and representatives of many organisations based in the parish.

• Read our extended interview with Canon Richard Truss looking back at his time in Waterloo.