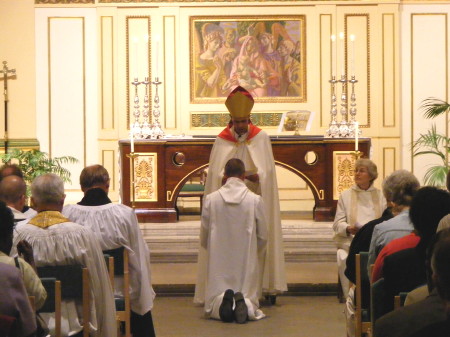 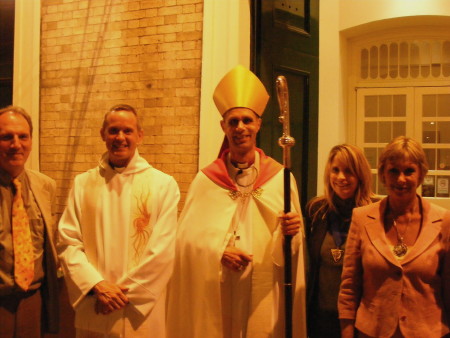 The licensing took place at St John's on Tuesday to coincide with St Giles Day.

"The global and the local can all be seen in the life of this parish," said the Bishop of Kingston Richard Cheetham during his sermon.

"These churches will I hope be communities of prayer, wisdom and salvation."

Turning to divisions in the wider church, the bishop added: "I hope and pray that this will be a place of 'relational theology' where people discuss their deepest beliefs."

He described Giles Goddard as being committed to local people and "someone who cares about the future shape of our tradition".

Waterloo's new priest, an honorary canon of Southwark Cathedral, is national chair of Inclusive Church and was until this summer rector of St Peter's Walworth.

"I am looking forward to becoming engaged in different parts of this parish," responded Canon Goddard who indicated that the next few months in Waterloo would be ones of discovery for him.

Simon Hughes MP and Coin Street Community Builders director Iain Tuckett were among those who formally welcomed the new priest to Waterloo during the service.

Music was provided by a string quartet from the Southbank Sinfonia which is based at St John's.

Tim Scott, rector of the adjoining Christ Church Southwark parish, was present to hear the Bishop announce plans for a closer partnership between all three churches over the next five years "in this dynamic part of London".